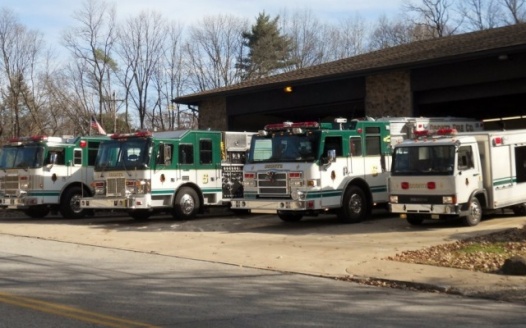 On December 16 2020, the Cheltenham Township Commissioners went along with a plan proposed by the Fire Marshal to close Station 5 in Elkins Park. This action was not on the agenda, and not properly proposed to fire board, and then to the Public Safety Committee before coming to the full Commissioner Meeting.

Just as has been done by this Fire Marshal previously, a fire company is shut down without its members being involved in the decision. They used the term decertification, which indicates a less than qualified situation exists. Although, membership is down, a deadline or even an opportunity to turn things around was never afforded Ogontz. The commissioners should have just said "we are shutting you down because we want to".

We were the first response to our own district, Township Line from Forest to Washington Lane, to Ashbourne Rd to Old york. They are saying there is no impact to service as our neighboring companies are valiently providing coverage. However, minutes and seconds count.

We also were on every call to Lamott to aid that district and always responded as needed throughout our township and neighboring Jenkintown and Abington.

If the plan was truely for the best of the township, we would have been happy to be a part of the transformation. It is not. We were not.

We ask our residents especially to endorse our request to PAUSE and REVERSE this deicsion for at least 1 year.