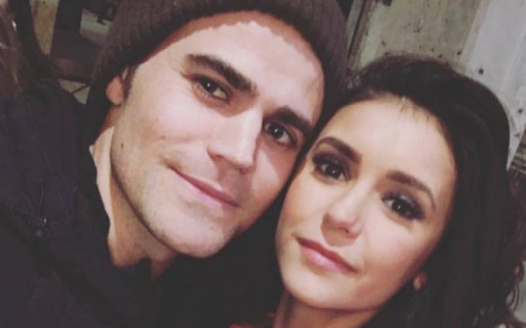 Paul Wesley & Nina Dobrev To Star In A Netflix Original

Paul Wesley and Nina Dobrev worked together for six seasons on The Vampire Diaries and were love interests on the show; their ship name is famously known as “Stelena”.

The chemistry between Paul and Nina is so palpable and special that it would be honestly a shame to waste. We believe that bringing these two back together in a Netflix Original would be of great interest to the public. Paul and Nina would be the best pair to star in a romantic comedy as they both are excellent actors with comedic chops but most importantly their chemistry will bring any project to life. They are the perfect fit to play love interests.

In addition to their on-screen chemistry, Paul and Nina get along so well off-screen and are great friends. They both share mutual respect and admiration. We believe that their off-screen relationship is exactly what any casting director would look and wish for.

It's also important to note that Paul was asked what project he could envision doing with Nina and he answered a forbidden love. This concept would honestly be perfect for them and would serve as a central theme for the potential romantic comedy.

Please sign this petition in support of Paul Wesley and Nina Dobrev starring together in a Netflix Original. Once we reach our goal we will send this petition to Netflix and its casting directors.