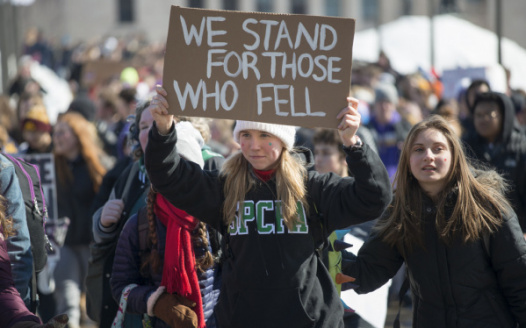 Patriots Against Gun Violence in the U.S.

We call on our congressmen and our President to pass efficient legislation on those who may purchase assault rifles in this country. We are protesting against gun violence and advocating for more proper gun reform. Over 30,000 people are killed from gun violence every year (particularly over the past decade). An assault rifle that can fire dozens of bullets a minute should not be in the hands of anybody with the vicious intentions, especially at eighteen years old.

Teachers must not be armed with firearms, but rather with the education of firearm safety and consequences of improper use of guns. More education on how to deal with bullying and/or mental illness without resorting to violence needs to be added to the curriculum. The more resources and education there is, the safer the society and environment.

We, the undersigned, urge those in office to pass legislation on who may have access to assault rifles. The time is now. Thousands of people have been killed at the hand of guns, and it doesn't have to happen anymore.

Numerous letters have been written to those who serve us in the United States federal government. If you wish, you may view it here: https://docs.google.com/document/d/1aXm0blBjKTDkK9...