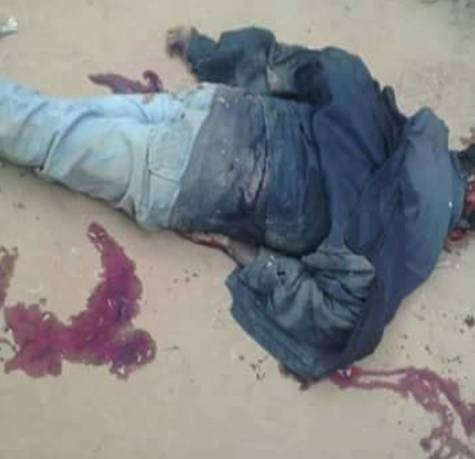 Save Benue Now 0 Comments
24 people have signed. Add your voice!
1%

As the cries for the innocent souls being massacred by (killer) herdsmen in Benue State rends the air, we call upon the Benue State House of Assembly to pass the Anti-Open Grazing Bill into Law. This bill has been before the House of Assembly for about a year now while these killer herdsmen carry their crusades through the various senatorial districts of Benue State leaving our communities with widows, orphans, homeless. By the day, some of Benue citizens live in perpetual fear not knowing when, where or who the next victims would be.

From Agatu to Buruku, Makurdi through Guma, the passing of this law will be a declarative step that would stop this evil and preserve the lives of Benue Citizens, providing the foundation for a just, comprehensive and lasting peace between herdsmen and farmers.

We the undersigned, Benue citizens, representatives of hundreds of thousands around the world, ask the Benue State House of Assembly to as a matter of utmost urgency, pass the BILL FOR A LAW TO PROHIBIT OPEN GRAZING, PROVIDE FOR THE CREATION OF RANCHES AND ESTABLISHMENT OF BENUE STATE RANCHING AUTHORITY AND FOR OTHER MATTERS CONNECTED THERETO (with recommendations to be made), into law which will stop the killings and save the innocent lives.

We remind the members of the Benue State House of Assembly of the legacies of our fathers: JS Tarka, Aper Aku, Hon. Ameh Odo, Barr. J. Omakwu, Major Paul Dickson, Barr. M. Ogbole, Rev. Fr. Moses O. Adasu etc and call you to rise up to the challenge and preserve these legacies, write your names in the sands of times as the ones who saved the remains of the legacies of our fathers.