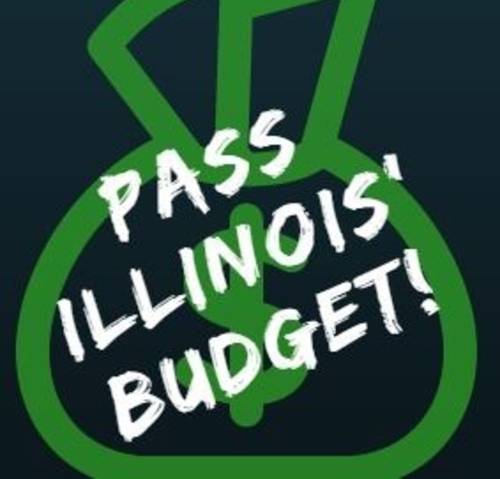 We call on members of the Illinois General Assembly and the Governor to do the following:

- Immediately support an end to the state budget impasse.

- Fix the education funding formula and invest in students in schools, including higher education, throughout the state.

- Pay school districts what they are owed this year.

While public K-12 schools have benefitted from a partially-funded budget, without a full budget our schools, students, families and communities will suffer. For Meridian CUSD #15, state funding comprises nearly 43% of revenue for the Education Fund and about 67% percent of revenue for the Transportation Fund. During the most recent fiscal year (FY17), the Meridian School District has received all of its General State Aid payments. However, the school still hasn’t received a mandated categorical payment for fiscal year 2017. Mandated categorical payments equal approximately $650,000 of revenue per year to our school district. This equates to almost 9% of our total revenue for the operating funds.

The State of Illinois’ delinquency in paying these payments, along with reduced funding over the last several years, has put a stress on Meridian CUSD #15’s financial health. To be more specific, the Meridian School Board has recently begun the process of amending it 2016-2017 school year budget to reflect the missing mandated categorical payments. The budget adopted in the fall of 2016 had a positive balance of $76,000 in these operating funds. However, with the missed payments, the school board will be forced to amend that budget and now will carry a deficit of $266,000.

To date, the Meridian School District has been utilizing its’ reserve funds to maintain the programs it offers our students. However, those reserve funds are limited and we cannot continue to cut another 9-10% of expenditures without effecting the programs that we offer.

We urge state government leaders to end the budget impasse, fix the education funding formula and pay schools what they are owed.