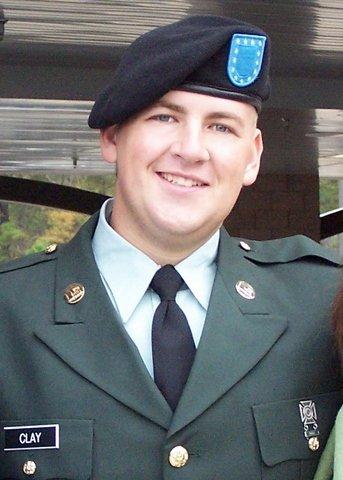 Inmate Jordan Peters was sentenced to 10 years in Jan 2011 for the deaths of SPC Kale Daren Clay-23 and PFC Pawell Serafin-28. His actions on Feb 13, 2010 was the direct cause as he drove his car while drunk-.16 BAC, and drove headon into a truck. He repeatedly asks for clemency and now parole request.

While nothing will bring back Kale and Pawell, it is important that the full sentence is served. Anything less than that would be a dishonor to the two lives taken and all those affected by their loss.
Thank you for your support. Please share this link. The hearing is Jan 16, 2014
The Clay and Serafin Families
Please try to keep the comments with attention to the parole board. I don't want to bring controversy to this that might detract from our goal of asking for the sentence to be upheld. Thank you and love to you each!
In loving memory of Kale Daren Clay
http://www.youtube.com/watch?v=Wd-elN4_3a8