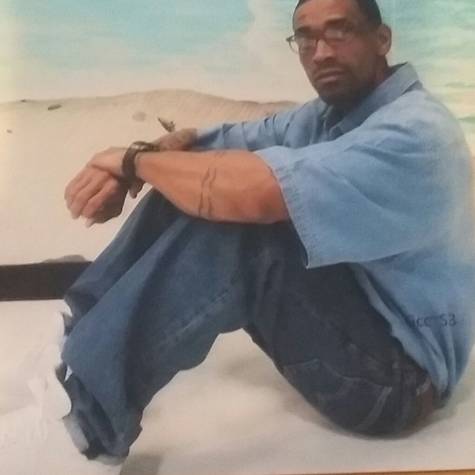 Andrew Terry has spent over 25 years institutionalized, after being incarcerated at the age of 16 for making a bad decision as a juvenile and committing first degree murder. Mr. Terry has spent his time over the years maturing and educating himself; as well as supporting and staying connected with his family, and friends on the outside.

At sixteen years old, prior to his arrest, like so many of us who were products of that generation, felt a responsibility to make a difference in his family, and yet still fit in with his peers, which resulted in him making such a rash and unfounded decision. Andrew now has a profound commitment to accomplishing his goals and no doubt he will never again be the kind of person who allows his emotions to outweigh his rationale. He made a mistake in judgement that cost a man his life, a family their loved one, and for that act, he has regretted that decision and cannot go back and change time to undo what he has done, but would like to move forward to show society that he is not that impressionable sixteen year old that he was back then.

Show your love and compassion by action....keep your "I love you's" silent otherwise!!!

Please view and share this with everyone you know and if you have a heart of mercy and compassion; please sign the petition. Misguided and lost children is an epidemic that we as adults should be responsible for; not the child. Although murder was committed in this case; adults have committed murder and received lesser than a life sentence. This man (who is now 41) was only a child at 16 years of age at the time of the incident. He received life in prison for murder. As of today; he has already served 25 years in prison, so the serious nature of his crime will never change, but the boy that went into prison, has.
The serious nature and circumstances of that crime will forever remain the same. Although the tragic loss of life is a serious crime, after careful consideration and review of Andrew’s case and his positive adjustment during his incarceration, I feel that Andrew deserves to be given the opportunity to return to the community. Not just because I have known him and loved him for over 25 years, but because I am a member of society out here raising a son and I believe that people can change, people can grow, and a man is not who he once was at 16 years of age. Andrew has reformed and rehabilitated himself and poses no threat to the outside world. He has accepted full responsibility for his actions, has reflected on his past mistakes and expressed deep and sincere remorse for his crime. I believe that Andrew would be a good and productive citizen if he were returned to society.

His hearing will take place in August, and this petition will be presented to the Parole Board for review.