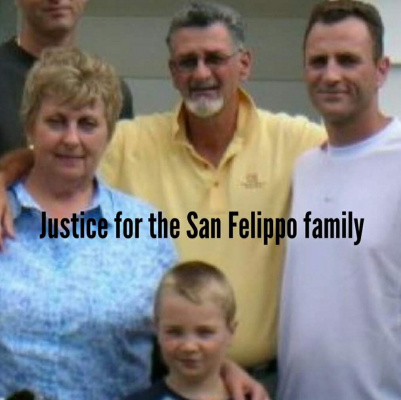 626 people have signed this petition. Add your name now!

One day the San Felippo family were on their way to visit relatives when tragedy happened. Witnesses told authorities that Johnston was chasing another vehicle at high speeds and rammed that car. The second car went out of control striking two other vehicles. In one of those vehicles were Frank and Judy, 67 and 66, John, 35, and Jersey, 10 who were all killed instantly. John’s wife, Marilyn, was barely alive and in critical condition.

Three generations of the San Felippo family were lost that day. Today Marilyn morns the loss of her entire family because of this man’s road rage. She has also had to undergo several surgeries and still has daily pain related to her injuries from that day.

We, the undersigned, STRONGLY OPPOSE parole for Russell Johnston. Justice demands that he be kept in prison to complete his sentence.