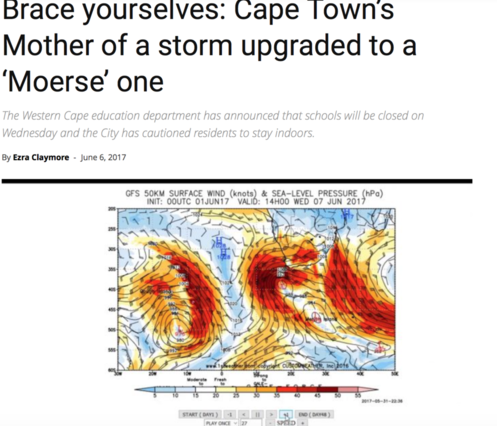 Tommorow is the 7th of June.

Our school has announced that they will remain open - not only is this inconsiderate, it poses a danger to our lives. Getting to school tomorrow morning would be putting our lives at risk and going against what the disaster management has suggested.

We as the Matrics of Parklands College want the school to adhere to the suggestions made by the officials.