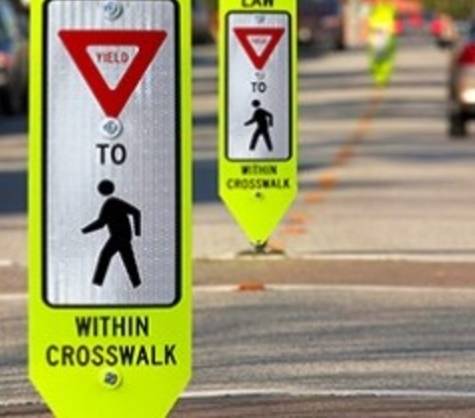 The City of Plano City Council will be considering the merits of approving a new “School Crossing Guard” location and performing “Traffic Calming Enhancements” at the intersection of Parker Road/Clark Parkway at an upcoming meeting in February 2017.

Historically, the City of Plano has not considered “middle schools” for crossing guard locations regardless of safety warrants; maintaining a policy of providing support to elementary schools only.

The City of Plano Resolution 84-10(R), provides that school crossing guards may be considered for “…elementary and middle schools if located immediately adjacent to each other.”

Neighborhood residents have identified significant safety concerns at the Parker Road/Clark Parkway Intersection and request the location of a “School Crossing Guard” and Traffic Calming Enhancements based on the following points:

1. Parker Road is a major connector from the N. Dallas Tollway to Preston Road and points east. The roadway consists of six-through lanes and two-turning lanes at its intersection with Clark Parkway. It is also the main crossing for PISD designated walkers to Renner Middle School.

The primary safety concerns include:

2. Resolution 84-10(R), adopted in 1984, is outdated and does not meet the current needs of the community, and does not consider the walking safety of middle school aged children.

3. The character & function of Parker Road/Clark Parkway has significantly changed in past 33 years since adoption of Resolution 84-10(R). Significant landuse and demographic changes have occurred including the technological advances that allow drivers and walking children to become more easily distracted, e.g., texting and talking on cell phones.

4. Crossing Conditions at Parker Road/Clark Parkway meet all three of the “Subjective Criteria” as established in Resolution 8410(R):

6. NHTSA statistics clearly suggest that middle school age children have an even greater need for supervised crossings at critical intersections such as Parker Road/Clark Parkway.

7. The U.S. Department of Transportation, Federal Highway Administration’s “Safe Routes To School (SRTS) program” list the benefits of children walking to and from school as:

8. The SRTS program notes that, “Safety issues are a big concern for parents, who consistently cite traffic danger as a reason why their children are unable to bicycle or walk to school.”

9. Families located within the PISD designated walking zone recognize the many benefits of their children walking to school and view walking as a positive.

10. Families located within the PISD designated walking zone also recognize the numerous hazards present at the Parker Road/Clark Parkway intersection and ask that the City provide their children a safe route to school.

We the undersigned, respectfully ask the City of Plano City Council to: (1) approve the location of a School Crossing Guard at the intersection of Parker Road and Clark Parkway (as provided for in Section 12-11(c) of the City’s Codified Ordinances & Resolution 84-10(R)) in order to create a safe pedestrian route to the Renner Middle School for the children who are "designated walkers" by the Plano Independent School District (PISD) and reside on the south side of Parker Road; and (2), to institute "physical traffic calming enhancements" to the Parker Road/Clark Parkway intersection in order to increase safety for PISD walkers and all pedestrians crossing at that location.