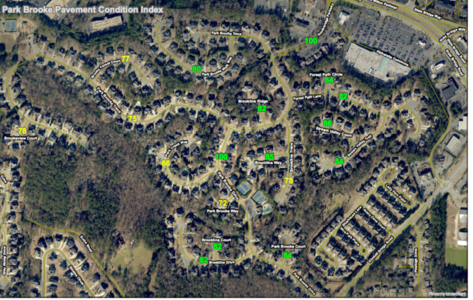 Updates below and some initial success.

Thank you for the support and thank you to the City of Alpharetta for the quick attention to this issue!

The Park Brooke Community pays both Fulton county and the state of Georgia a fortune in taxes, in which some of those need be used to maintain our roads in the community. Having checked with members of the community, single areas have been fixed but the entire community has not been repaved in at least 21 years. Please consider signing this petition which will be used to lobby the following: