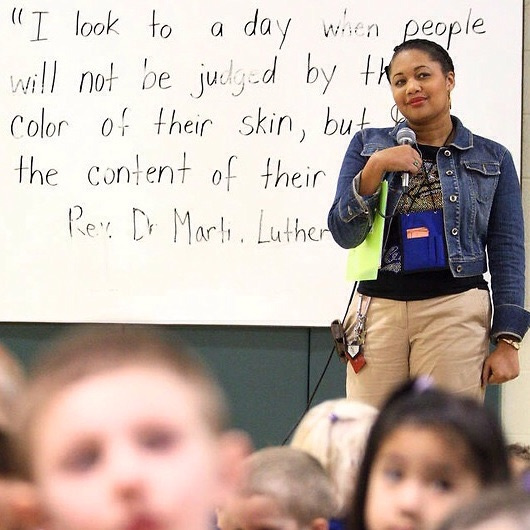 For a gift during staff appreciation week, Principal Shahran Spears gave a booklet to all teachers and teacher assistants on Monday, May 4, 2015 called Inspire For Teachers: Prayers, Promises, and Proverbs for Those Who Change Lives and Tough Hearts. Less than 24 hours after the booklets were distributed, someone from school district 428 removed any remaining books from staff mailboxes and Ms. Spears was placed on administrative leave WITHOUT explanation. On June 2, 2015, she was brought up on charges that allegedly violated school board policy. Six of the seven charges against Ms. Spears are about the booklet. This is alarming because she is an exceptional leader in the school district and community.

Ms. Shahran Spears is an education advocate in the community. She is hardworking, nurturing and is an advocate for lifelong learning. She has been a pillar for the students, parents and staff. She broadens their horizons by bringing in new experiences and exposure to other cultural customs. Ms. Spears is very professional, her presence alone challenges you to put forth your best self. She cares for her students with the utmost priority and strives to make you feel just like family. If you are ever in her presence, you will see that everyday of the week.

We need to show our support for principal Spears by signing this petition. The Dekalb 428 School Board voted to dismiss Ms. Spears on June 15, 2015.