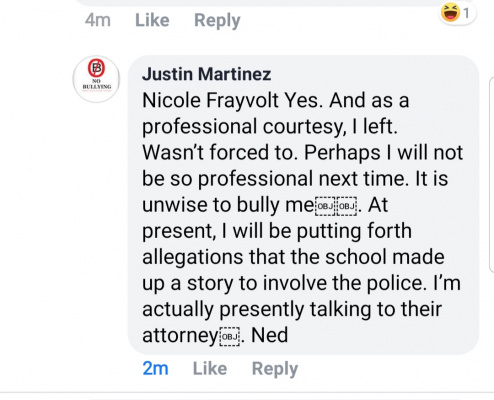 Parents of DASD student's request that Justin Martinez keep his protests away from the schools during school hours.

Justin Martinez, a self proclaimed Professional Protester has turned his sights on to the DASD. He claims that the school district had bullied him by not allowing him to speak to students during in school events. On November 7, 2019 he took his protests to the grounds directly outside of the school, creating a safety issue for drivers, and a lot of confusion for students. He has agreed that if parents sign a petition saying that they do not want his protests near the school, that he will stay away. This petition is to attempt to do just that, keep unnecessary drama away from our children during their education, and transportation on to school grounds.

Whereas we the parents of children in the Derry School District do agree that bullying is an issue across the world as we know it, we do not agree with the methods and terminology used by Mr. Martinez. We as parents support the anti-bullying crusade, but request that Mr. Martinez find another medium that does not bring him in contact with our children, without our expressed permission and presence.