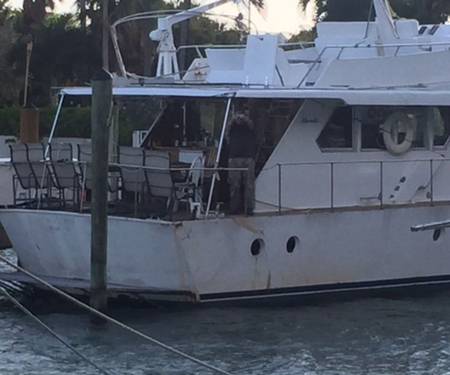 Of course they are a “welcoming” sight to the PBC/M much like a set from Gilligan’s Island or Hawaii Five-O. A very classy presentation to our residents, guest and potential clients looking for an exclusive venue for their Yacht! *Remove the EYESORE

*** Conclusion: Please show your support by signing the “REMOVE the EYESORE” electronic petition and get rid of this unsightly and dilapidated vessel from under our noses!