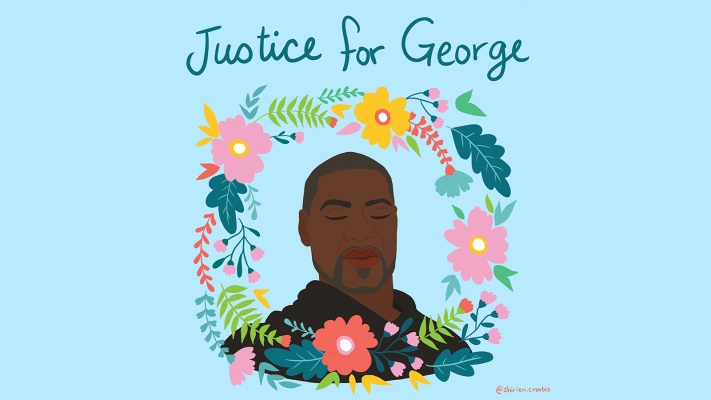 Palestinians In Solidarity With African Americans

We the undersigned Palestinians from all walks of life, both in Palestine and our diaspora, express our condolences to the family of George Floyd, a father, son, partner, and friend murdered in cold blood by the police in broad daylight. We also pledge our unequivocal, unwavering solidarity with our Black family taking to the streets in furtherance of their struggle for liberation.

We recognize that the murder of George Floyd was not an isolated incident. It comes on the heels of the murder of Amaud Aubrey, a jogger who was chased down, cornered and lynched by three white racists, the fatal shooting of Breonna Taylor, an off-duty EMT relaxing in her own home, and the attempted murder of Christian Cooper by a white woman who summoned the state’s power to deal with him because he requested she leash her dog.

We understand that violence against Black bodies is endemic in the United States. And, in fact, anti-Blackness has been a mainstay of the nation’s political, economic and social structures since its inception. We also recognize that the struggle for Black liberation is the single most important force to shape the features of justice and democracy in the United States. Without the struggles and sacrifices of African Americans, the United States would not have the constitutional amendments or multitude of laws that prohibit exclusion and further demand inclusion, hard-won rights that have benefited every other marginalized group in the U.S.

We condemn the atrocities committed by all US law-enforcement departments. We condemn the racist, violent tweets of Donald Trump that put your lives in even greater danger. We condemn the wanton deployment of militarized police and the National Guard against you.

To our sisters and brothers taking to the streets from Minneapolis, Philadelphia, Baltimore, to Los Angeles, New York, Washington, DC and beyond: We stand with you as your kin and comrades, with abiding love, solidarity and an undying promise to stand by your side in struggle.

We are angered and outraged. We are also inspired by your strength, defiance, and perseverance in the face of violent, oppressive systems that have terrorized you for 400 years.

Racist discrimination cannot function without the capitalist material infrastructure that underpins and abets it. We therefore recognise radical disruption as an effective and legitimate means of undermining this infrastructure. We support you however you choose to resist your oppression, for that is your natural right.

From Palestine and our diaspora, we echo your demands and know that our freedom is incomplete without yours. We will not stop fighting until both our peoples are free, and indeed until all peoples and other sentient beings are free!