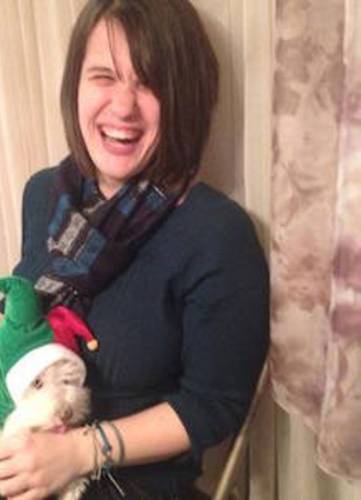 This petition is for Kelly Olek. Some of you may or may not know that our friend Kelly Olek received grades that are below what Pacific University considers passing. According to the rules, "Failure of a combination of two courses and/or labs during the first three semesters" are grounds for dismissal. This means that any grade less than a "B" is failing. She received two "C's". However, Pacific University should be a school of second chances.

Kelly has been trying to fight this decision. She met with faculty of the PsyD program and attended an additional hearing to make her case. During the latter meeting the decision for dismissal was upheld. She has one final appeal that she can make. This is where YOU come in!

There is hope that by your signature and support from all cohort members the faculty might give Kelly a second chance. We have all been though hard times, difficult classes, and exhaustion. Kelly's story could easily be our story.

Pacific University represents diversity, mentorship, and community. It should also be about second chances. Please support Kelly Olek by signing this petition and letting faculty know that we want Kelly to stay in the program. Thank You.