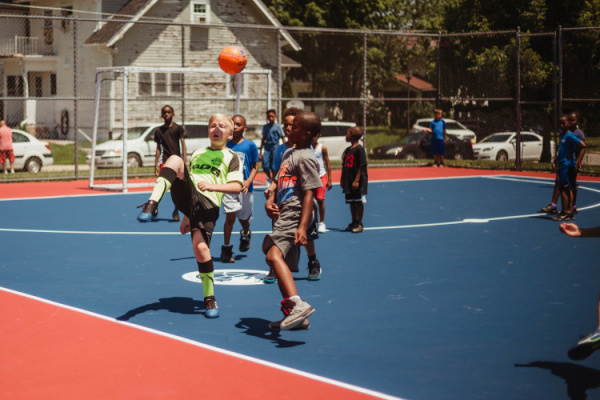 Many tennis courts in the city have not been used in a long time – possibly years – and are in very bad shape. Many of these facilities are "eye sores" and give a negative impression to those who pass by or live near them. Even some courts that are in decent shape are not being used much. These unused spaces could be revitalized if re-purposed for other sports, like futsal, which is usually played with 10 players on the court (think of a combination between soccer and basketball). While hundreds of people in the area play futsal on basketball courts in the winter, there are currently no outdoor courts in the Roanoke City area.

There are many worthy locations in Roanoke to build the area's first official futsal court, and while Preston Park located near Breckinridge Middle School on Williamson Road might check the most boxes, other possible locations include Washington Park, Wasena Park, Fishburn Park, Huff Lane Park, Thrasher Park, and Eureka Park.

The Roanoke Parks and Recreation department has agreed to work alongside its citizens to build this recreational resource and has asked that we voice our opinion in order to gain financial support for this project. Your voice is important and highly valuable. By signing this petition, you are stating that you want to see a futsal court built in Roanoke City.