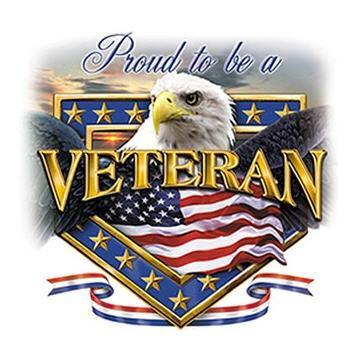 Wars have long been the responsibility and function of governments. When wars are over, those who fought in battle return. Some carry wounds that must be tended to. Government has responded by establishing bureaucracies to minister to their needs. But with time also comes complacency. It has been said that complacency is an attribute of long-retained power. With regard to how the American government treats its veterans, complacency has evolved into disregard and open enmity.

The Vietnam veteran has probably been the most abused veteran of all wars to date. They have witnessed and experienced the hostility of a public seeking a place to vent their disapproval of an unpopular war and the contempt that well-established bureaucracies can achieve. The Department of Veterans Affairs has become an object of criticism not only from those it is supposed to care for but from the media who have exposed the corruption of its operations. When veterans are dying due to delayed treatments and the hospital administrators receive monetary rewards, this is unconscionable. It is obscene. It is criminal.

The Vietnam veteran has experienced what at times has been an indifferent Department of Veterans Affairs. We seek to rectify this not only for our own well-being but for those that follow us. They should not have to experience the frustrations our generation has had to deal with. We raise these issues so that they may be rectified. We also recognize they are manifold in that more questions will surface leading to discovery of even more problems.

But a nation that holds itself to a higher standard should not be fearful of self-examination and the desire to improve. Its’ conscience must first serve what is morally correct and not what looks right. It is the substance we seek to repair not the appearance. It is our hope that what we identify here will initiate further investigation and uncover those things that hinder the ability to provide the care and treatment listed in the core values of the DVA.

Gaining access to services. The application process for seeking service connected disability benefits is outrageous. The burden of proof is allegedly upon the Department of Veterans Affairs. The backlog of applications is dismissed through simply denying them primarily through the excuse of a lack of evidence by the veteran. Bonuses are then given as rewards to the participants of the review boards while the veteran must now either renew their application with more paperwork or simply become frustrated and give up. Could this be a factor in the high suicide rate of veterans? Does this seem like an efficient system where more funds are expended in more review boards to deal with re-submittals? The application and review process has discouraged too many veterans who need the services promised them. The system as it stands now is there to contest the veteran as opposed to helping them.

A lack of communications. The Department of Veterans Affairs employs hundreds of thousands of people. There is a lack of intimacy between those who are charged with providing the care with those that need it. There is a reliance on an electronic system through various menus and voice mail boxes. This offers an easy way to ignore inquiries and requests for services. Numerous gates to pass telephonically and unreturned phone calls do much to raise the frustration of veterans seeking assistance. The human touch needs to be reinstituted.

A more compassionate staff. There are many conscientious technicians, office workers and medical staff employed by the Department of Veterans Affairs. All it takes is a handful of people to alter that perception. Veterans have been treated as a burden by some staff, sometimes with open hostility and contempt. There are DVA personnel who need to be more attentive and professional and care more for their charges than for their careers.

Decompression for returning veterans. There are numerous and successful civilian developed programs that have been identified to the government that are being ignored. We seek to aid our brothers and sisters, our sons and daughters, who have faced war and reacclimate them to the community they served. Given the numbers of veteran suicides on a daily basis, it appears the government is waiting this out as if the problem will resolve itself in time.

There are good people in the system who are committed to the promise made by President Abraham Lincoln in his second inaugural address, "To care for him who shall have borne the battle, and for his widow, and for his orphan." However, there are those who have a different agenda who instead of administering to veterans, create confusion and block the efforts of veterans seeking their deserved assistance in financial and medical aide. While this may not be official policy, it has become the convention. Delays in processing applications for needed assistance or deferrals in treatment should not be tolerated.

The Concerned Veterans of Oahu