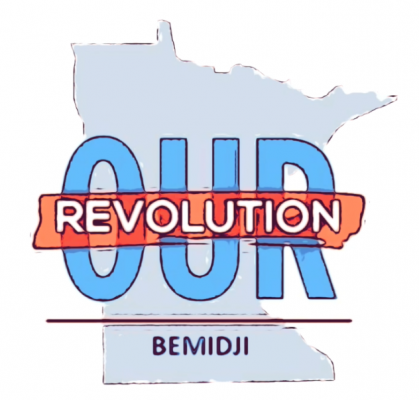 WHEREAS, Our Revolution Bemidji is a local political affiliate of a larger state and nationwide organization committed to social justice issues and sound domestic policy: AND

WHEREAS, Our Revolution Bemidji is aware of the intent of the Bemidji Police as stated by Chief Mastin to start and advisory commission; AND

WHEREAS, Our Revolution Bemidji is aware of other minority groups including, but not limited to Blacks N Bemidji desiring more meaningful police reforms than a committee; AND

WHEREAS,Our Revolution Bemidji knows that an advisory committee is nothing but a rubber stamp for elected officials to hid behind and a toothless entity in meaningful police reform.

THEREFORE,Our Revolution Bemidji and its allies, collectively as voters for State, County and Municipal seats hereby ask the Bemidji City Council to enact the following:

1.That any committee have enough power to over-rule the Police of Chief in discipline matters

2.That the committee be afforded its own separate and independent legal counsel

3.That the committee have full access to all necessary data and the power to discipline any interference by any Police Department Member

4.That under no circumstances shall any committee only be advisory