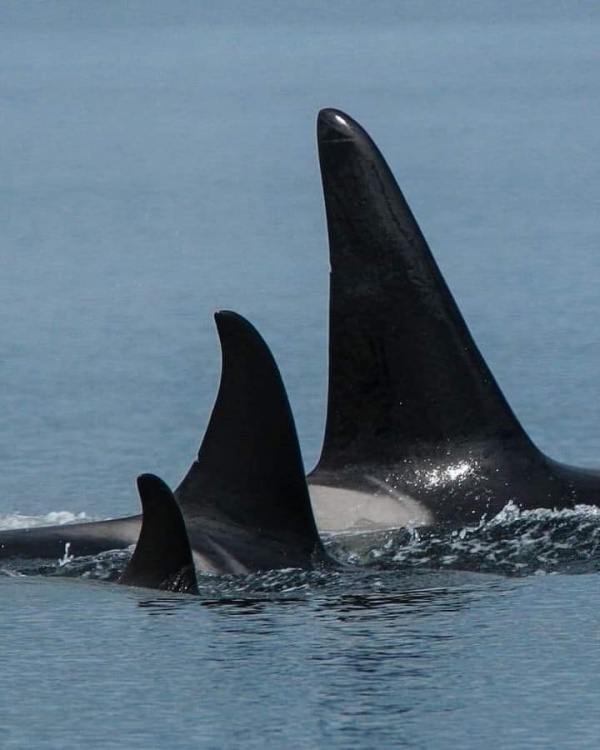 Our Orcas Should Stay in the USA

#1: We the people of the United States of America DEMAND that SeaWorld stop relocating orcas to "marine parks" around the world to avoid the bans on "water works" and captive breeding in the USA.

#2) We DEMAND that SeaWorld immediately begin to take BETTER CARE of the orcas currently in their care using the information that's been collected by scientific research on orcas in the wild.

#3) We INSIST that SeaWorld makes a PUBLIC STATEMENT of their intention to NEVER RELOCATE any of the orcas currently in their care to ANY OTHER FOREIGN COUNTRY OR OTHER "MARINE PARK(S)".

#4) We further DEMAND that SeaWorld stop trying to procure orca hunters from around the world for the sole purpose of hiring them to capture new orcas for their "marine parks" from areas around the world where the capture of orcas is still legal.

#5) We DEMAND that SeaWorld engage in a feasibility study to ascertain the viablity of creating "open ocean sanctuaries" or "protected sea pens" with the EXPRESS STATED PURPOSE OF RELEASING THEIR CURRENT WILD CAUGHT CAPTIVE ORCAS SAFELY BACK INTO THE OCEANS/AREAS WHERE THEY WERE ORIGINALLY TAKEN FROM, as well as implementing a plan for the release of the "hybrid" orcas SeaWorld has created.

#6) We FURTHER DEMAND that SeaWorld agree to fund said feasibility study in total REGARDLESS OF COSTS!

#7) We FURTHER DEMAND that IF it's discovered via said feasibility study that "open ocean sanctuaries" or "protected sea pens" are a viable alternative to captivity, SeaWorld will PUBLICLY COMMIT to building & paying for said "open ocean sanctuaries" or "protected sea pens" with the EXPRESS INTENTION of releasing ALL of the orcas currently in their possession to their area of origin as immediately as SAFELY possible, as well as implementing a plan for the immediate release of the "hybrid" orcas SeaWorld has created!

#8) We DEMAND genetic testing on EVERY SINGLE ORCA currently in SeaWorld's care PRIOR TO RELEASE so as to ascertain what the EXACT DNA MAKEUP of each orca is, with the stated intention of identifying which orcas are "purebreds" and which are "hybrids", so as to not irresponsibly commingle SeaWorld's "hybrid" orca population into the wild orca populations around the world.

#9) We DEMAND that SeaWorld creates a completely separate system of "open ocean sanctuaries" or "protected sea pens" for the permanent holding & protection of ALL "HYBRID" ORCAS that SeaWorld has created via their IRRESPONSIBLE BREEDING PROGRAM who have NO AREA OF ORIGIN OR POD IN THE OCEAN TO RETURN TO for the entire duration of each individual "hybrid" orcas lifetime ENTIRELY AT SEAWORLD'S EXPENSE!

#10) We FURTHER DEMAND that while demands #1-#9 are being implemented, that SeaWorld KEEP THE PROMISES THEY MADE OVER 6 YEARS AGO TO EXPAND & ENLARGE THEIR CURRENT ORCA ACCOMMODATIONS/HABITAT in order to promote better health and care of the orcas on a day to day basis, as well as serving to prepare the orcas for release using the "re-wilding" techniques that were applied to Keiko in Newport, Oregon prior to Keiko's release back to the area in the ocean where he was originally taken from.