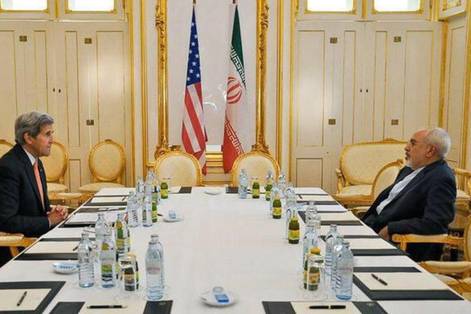 Our choice for 2015 Nobel Peace Prize

Our choice for 2015 Nobel Peace Prize

We, the undersigned Canadians, would like to commend the P5+1 (U.S., China, Russia, France and the United Kingdom) and Germany (+1) and Iran for their work in advancing peace in the region through their 2015 Iran comprehensive agreement regarding Iran’s Nuclear Program.

We believe that this agreement demonstrates an extraordinary choice of peace over growing calls for military intervention or conflict.

We believe this accomplishment needs to be celebrated widely, and that all involved feel they are worthy to be called peacemakers regarding this issue.

We believe that they have demonstrated a long overdue commitment to peace a first response to yet another cause for conflict in the Mideast, and the very serious problem of nuclear weapons in the region. They are worthy of the gratitude of the global community. They have set an example of diplomacy over armed confrontation that is sorely needed in the Mideast.

We believe that the P5+1 and Iran have all contributed, and agreed, and are united in the desire for successful outcomes and accountability regarding this agreement. Ownership of this agreement must now belong to the world to ensure compliance, and to build on this agreement for the advancement of peace in this region.

We believe the opportunity for such an advancement of peace in the world, and for the unity of the global community, is a rare occurrence. The lives that depend on the success of this agreement are beyond calculation. We must take all the care and do all that we can to nurture this opportunity.

We call on the government and Canadians to endorse and fully support the implementation of the comprehensive “Nuclear program Control Agreement of the P5+1 plus Iran”.

We call on the government of Canada to re-establish diplomatic relations and consulates with Iran and engage in constructive and peaceful diplomacy with a view to impartial and non-violent peacemaking in the Middle East. Civilized people talk.

We call on the government and Canadians to take this achievement as an opportunity for dialogue and awareness among Canadians; to awaken our consciousness about who we are, and what we need to do to regain our voice and leadership role for peace in the global community.

In the Cause of Peace;

Your endorsements is well appreciated;