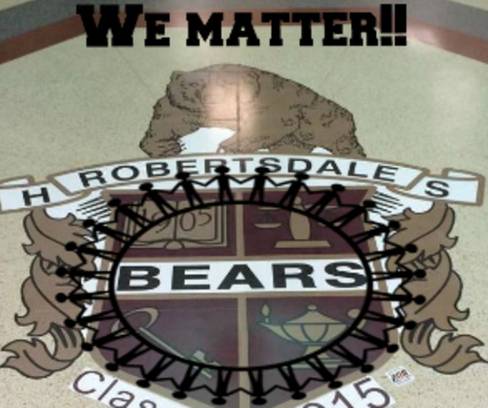 In the early hours of Monday, January 25, 2016, There was a social media threat that was suggested to be made towards students at Robertsdale High School. In this threat.. was to shoot up the school and take aim at whoever entered the premises. Parents, Students, Robertsdale Police and even News Media flocked to Facebook for more details but was limited to what was known. It was mentioned to use our own discretion whether to send our children to school. The parents was not even informed of this matter, thru Baldwin County's Automated school response, until 15 minutes prior to school starting. Those who frantically called to find out what was going on was informed that if we decided to keep our children home safe, that they would be marked as UNEXCUSED. Since when is our children's safety less important then some attendance rank or truancy fund? Parents, Students, Faculty.. Please SIGN this petition and get our voices out there. Whoever this concerns, may also read Robertsdale Police Department Page and see all the concerns of everyone. Please reconsider and make the absences EXCUSED. Show us that our children's lives matter!!!

*UPDATE: A 6 p.m. automated message and email from school..Good Afternoon Parents and Faculty, This is Joe Roh, principal of Robertsdale High School. Please let me update you. The social media threat we have been dealing with does NOT appear to have been specific to Robertsdale High School. It appears it was also received by other schools across the nation that go by "R-H-S". Robertsdale police were very clear at the beginning that they did NOT believe this threat was credible - they did not believe it had any substance.We had school today and will have a normal day of school tomorrow. Please start the day Tuesday as you always do. If your student was absent today, please send a written excuse, as we always ask for documentation.We can put this social media matter to rest. Let's move on with our week. Thank you for allowing me to update you. Have a good evening and GO BEARS!