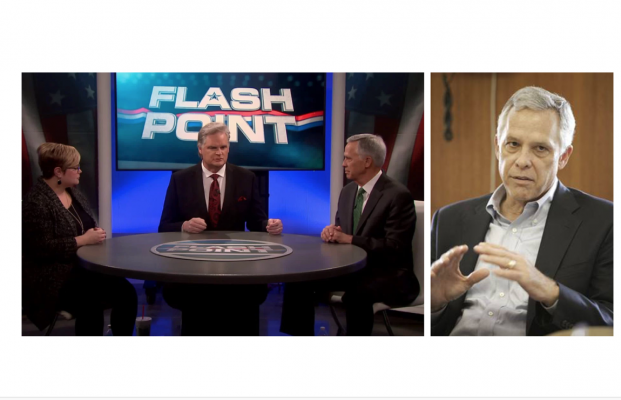 On December 10, OU Board of Regents Vice Chair Kirk Humphreys appeared on KFOR’s public affairs program, “Flashpoint”, with Oklahoma State Rep. Emily Virgin and moderator Kevin Ogle. In a segment of the interview discussing sexual assault, Mr. Humphreys diverted the subject to homosexuality – espousing the view that being gay is “wrong,” and likening homosexuality to pedophilia.
Mr. Humphreys has every right to hold any view that his personal or religious beliefs may lead him, and to express those views freely. But as a public servant to a great, public university – which has a non-discrimination policy including sexual orientation, gender identity, and gender expression – he must be held accountable for those views. As such, his hateful, divisive, and homophobic statements clearly disqualify him from serving as a fiduciary for an institution with thousands of LGBTQ students, staff, faculty, donors, alumni and friends across the world.

For more information, you can see the OU Daily news story, with video from “Flashpoint” imbedded (his offensive views start at minute 7:00).

Please join the Board of Directors of the OU LGBTQ Alumni Society in withholding financial support to the University of Oklahoma until and unless Kirk Humphreys resigns from the Board of Regents.