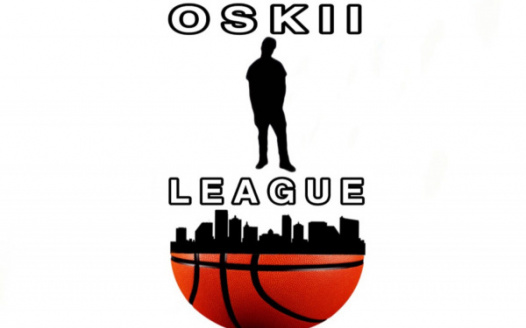 We are delighted to introduce to you the Oskii League! This will be a outdoor eight week semi pro street ball tournament. The desired location for this event to take place will be at Uptown school complex outdoor basketball court. The Oskii league’s vision is to Bring traffic, togetherness and popularity back to Atlantic City. The Oskii League will not only bring lots of civilians and popular athletes to Atlantic City but it will also bring the awareness of gun violence to the city as well. The leagues name has come from a student athlete by the name of the Demond “Oskii” Cottman in which was a leader and well-known innovator within Atlantic City that lost his life to gun violence. He was a fashioniest to local brands , sports athlete, student athlete and father of one . With the sad memory of his absence there were two successful charity events held under the name of “All for Oskii” which was a one day tournament held in 2017 inside of Uptown school complex. Following the great turn out, In 2018 we expanded it to an entire weekend of tournament of fun. These events were packed and full of life & welcomed togetherness and a chance for social networking within local brands and ambassadors that live in Atlantic City. These events were completely for charity, most of the proceeds from the games went to Demond Cottman’s only son (Ayyub) educational funds. The other incomes in the following year were donated to Atlantic City high school Vikings.. Furthermore with the loss of now of the father of Demond Cottman, Demond Sr, who was also a victim of gun violence gives this event more urgency to make this vision come alive. Big Demond was also well known for his giving back to the community and also coaching of the Atlantic City dolphins for multiple years. He was too loved by many and respected by a lot , and word spook volume within the community. The city has murmured over the two murders of this father and son. They we’re leaders innovators and also coaches of sports teams within the city and always gave back to the communities . The community feel like anything to keep these two great people names alive forever will do some justice if not any. This league will not only bring the community closer together but it will also make the world aware of gun violence. The Oskii league will be designed to give athletes an outlet for exposer as well as networking. Also the league will also give people something to look forward to. Our vision is to make the Oskii League one of the most intriguing welcoming outdoor venue in the area.