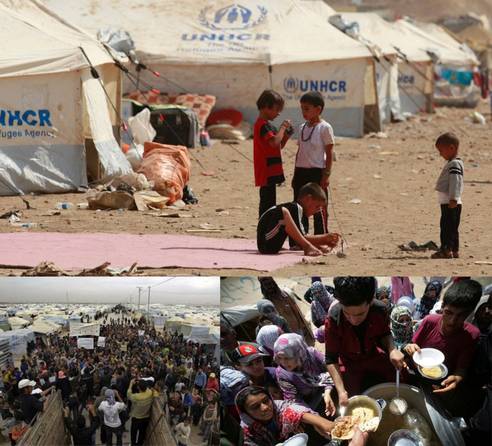 We the signatories urge Oshawa City Council to pass a resolution without delay supporting the re-settlement of 100 Syrian refugees in Oshawa, and to communicate this intent to the Ministry of Immigration and Citizenship.

Over 4 million Syrians have been scattered across the Middle East and Europe, losing loved ones, homes, possessions, and for many, the only lives they have ever known, in a civil war crisis described by the United Nations Refugee Agency as "the largest humanitarian emergency of our era."

The newly-elected federal government has committed to bring 25,000 Syrian refugees to Canada by the end of 2015, and though that is an enormous task, getting them here is only one part of the challenge - the greater challenge is opening up our communities and mobilizing resources to help these people coming from dire circumstances. By working in partnership with the community, we can play a small but meaningful role for some of these refugees. If we are one of 250 municipalities across the country taking a step like this, 25,000 people currently without a future will be able to be safe and secure again.

Canada is a nation of immigrants, many of us descendants of people who left behind situations that were unsatisfactory, unsafe, or desperate - in times like these we need to live up to the best in the Canadian spirit, and reach out to those who need help.

**** This petition will be presented to Oshawa City Council at the November 9th, 2015, meeting. Please share widely. ****

*** Added Nov. 4: We have created a Facebook page for the Oshawa Syrian Refugee Alliance that you can follow to learn more about the broader initiative underway. We can also be reached at oshawa.sra@hotmail.com.