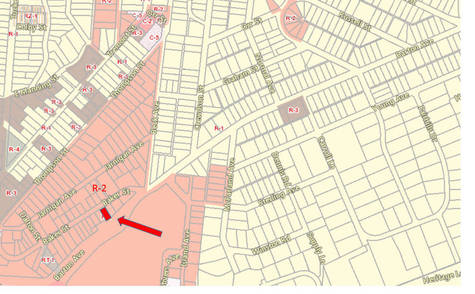 I reside within the boundaries of the Baker Hilltop Neighborhood Association in North Chattanooga and am signing this petition to express my opposition to the requested rezoning of 224 Baker Street from R-2 to R-3. The owners are proposing establishing a non-owner occupied short term rental. R-3 is an inappropriate zone for the following reasons (even with self-imposed restrictions):

1. The surrounding properties are zoned R-2. The closest R-3 property is on Thompson St., at least 1400 feet away traveling on the street from Baker to Thompson.

2. As stated in the Regional Planning Agency’s Case Report, “the proposal would not be an extension of an existing zone” and “the proposal could set a precedent for future requests of R-3 zones in the area and more intense residential development upon steep slopes.” There are several undeveloped lots on the hilltop; allowing the upzoning of this one lot sets a dangerous precedent for those seeking to maximize the number of units allowed on a lot. The Case Report recommended the rezoning be denied.

3. The property owners are requesting the rezoning to use the house as a non-owner occupied short term rental. The state legislature is tackling the issue and Councilmen Anderson and Henderson have pledged to draft a short term rental plan as well. It would be prudent to wait and see what comes of these proposals.

4. Rezoning a property in order to operate a short term rental is in direct conflict with the purpose of zoning. Allowing one R-3 in the midst of R-2 lots is spot-zoning. Zoning exists to prevent interference of existing uses and/or to preserve the "character" of a community.