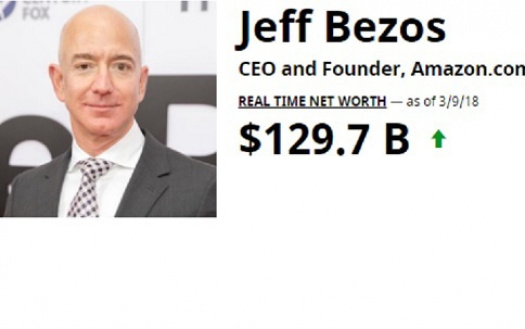 We the undersigned Maryland residents, business owners, and other constituents oppose the “PRIME” Act as it currently stands.

We support smart growth and development in Maryland and Montgomery County, and we do not oppose an Amazon move into our region. But we do not support giving tax subsidies worth billions of dollars — and $150 million more in Sunny Day Fund grants — to a mega corporation whose founder is now sitting on a fortune worth over $120 billion.

“If Amazon selects Montgomery County,” a Sage Policy Group memo for the State of Maryland and Montgomery County recently noted, “it will be because of the county’s combination of astonishing institutional strength, phenomenal schools, diverse and highly educated population, and proximity to the nation’s capital.”

Exactly! Maryland and Montgomery County have incredible social and economic strengths. We do not need to give Amazon any subsidies to attract Amazon's HQ2. Nor will subsidies, in the end, determine where Amazon decides to move.

The proposed subsidies for Amazon in the PRIME Act will cost our state and county $6.5 billion in lost revenue by 2054, according to the legislation’s Fiscal and Policy Note. The Sage memo suggests that state and local tax benefits will exceed this loss after 10 to 15 years. But the Sage analysis calculates only benefits from increased economic activity and fails to account for the increased stress on our infrastructure and environment, on everything from roads to schools.

We want our leaders to devote their time and effort to creating better policy that invests our tax dollars in initiatives that benefit Maryland residents and businesses. We do not want our leaders to rubberstamp the PRIME Act and enter a race to the bottom with other state and local governments that only serves to increase the wealth and power of Amazon.com. We want to build and retain wealth in our local community.

Other communities competing for Amazon’s HQ2 are already moving in the direction we seek. They are banking on their strengths and not dangling any tax incentives.

In New York City, Mayor Bill de Blasio is working to win Amazon’s nod “based on the talent of our workers and the incredible diversity of industries in this town.” Strengths like these, he notes, “you can’t buy with tax breaks.”

In Ontario, Premier Kathleen Wynne is pledging that Toronto will triumph because “no competing U.S. city” can measure up to the support her province gives workers and businesses, “be it through universal public health care, a strong system of publicly funded education, expanding access to quality and affordable child care, or the magnitude of our commitment to public infrastructure.”

Our leaders should have the same confidence in our region.