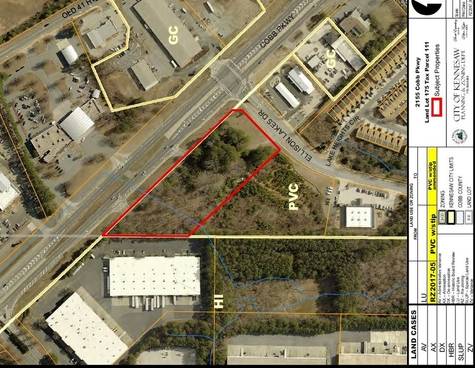 The undersigned residents affected by the RZ2017-05 requested zoning change at Cobb Parkway (Land Lot 175, Tax Parcel 111 of the 20th Section, Cobb County Georgia) of the Ellison Lake Township by Speedway Corporation, do hereby oppose the proposed change at the said location.

This proposed 24-hour mega gas station / convenience store is out of character with its surrounding area. Additionally, land use allowances for this tract were changed in 2011 eliminating gas stations. The applicant had a right to voice an objection six (6) years ago but did not. The proposed development was not submitted prior to the land use changes and cannot rely on previous allowances but must meet current regulations. Should the proposed variance be approved, the community will be changed in many detrimental ways and set a precedence for similar variances in the future. For example:

While the detriments to us are severe and obvious, there is no justification beyond self-interest of Speedway. The service provided by the proposed Speedway is neither unique nor needed, as evidenced by the abundance of similar businesses in close proximity. The above harms caused are neither necessary nor reasonable for residents of any community.

We submit to the Mayor and Council that this is an unjustified zoning request. It is inappropriate, and harmful to the local residents. We trust that the Mayor and Council will consider all the detriments this request will cause to the residents and the long-term negative impact to the community of Ellison Lakes. Please act in accordance with the community’s current land use plan, the spirit of zoning laws / regulations and best practices.