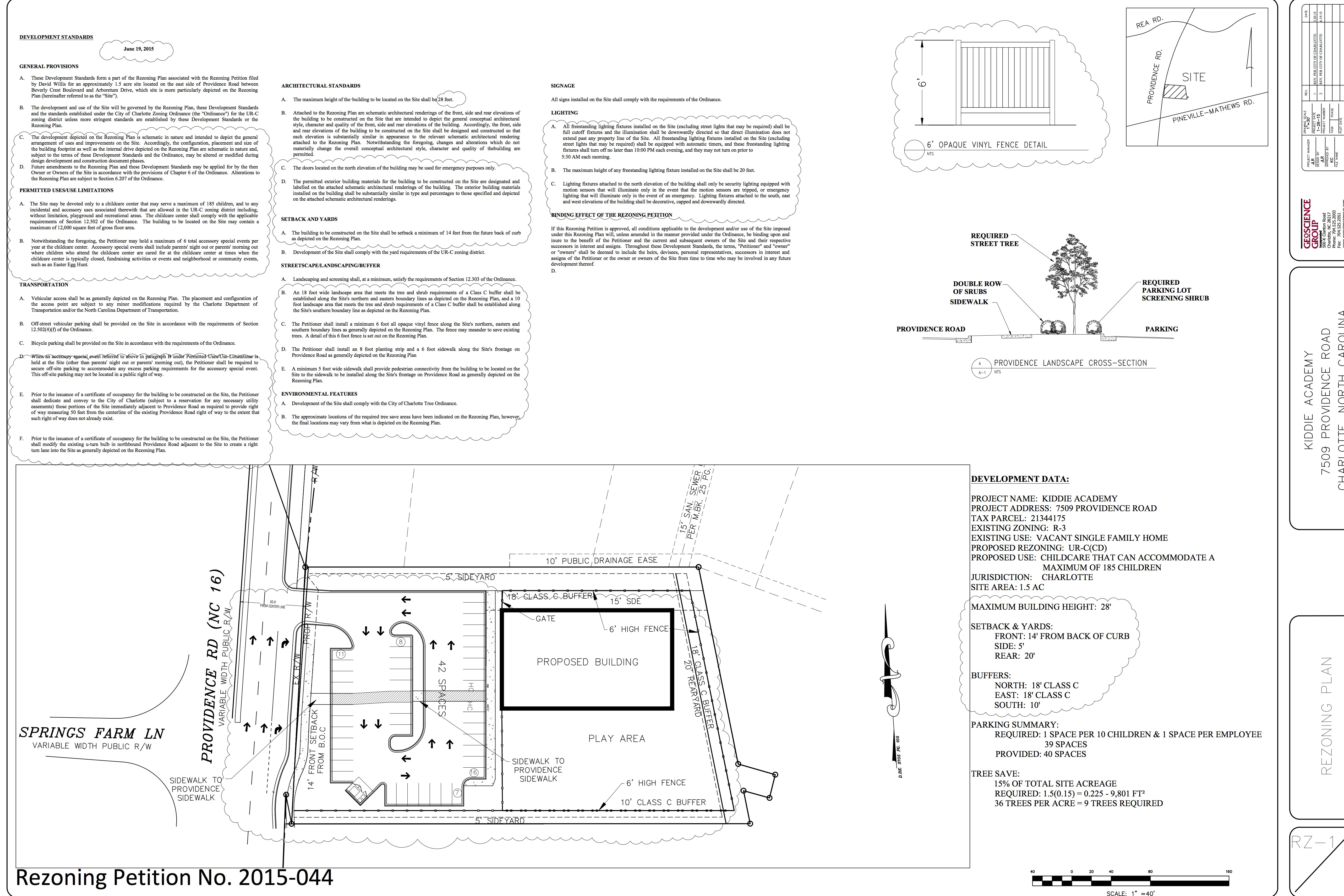 A new Kiddie Academy is being proposed just north of Hwy 51 on Providence Rd directly across from the entrance to Providence Springs Neighborhood.

If approved in its current form, the new school will have 185 students plus staff.

This will generate roughly 200 more vehicles 2x per day during rush hour to an already heavily congested area of Providence Rd. During peak pick up and drop off times for the school, overflow traffic directly related to this project could force Providence Rd down to one lane in the Northbound Direction.

In addition the Petitioner will have special events several times a year where parking could overflow to surrounding communities.