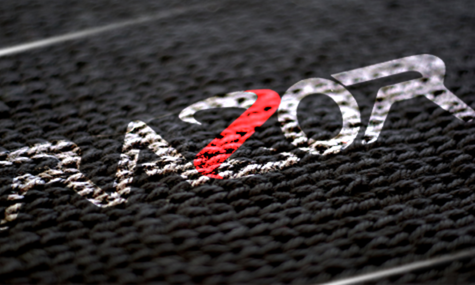 I don't think that there has ever been a company with the most quotable lines in the history of games. Nor has there ever been a company that has engendered a sense of amazing power and the "cool" factor then SEGA. Unfortunately, SEGA hasn't always been sunshine and roses. During many years and phases of it's history it has suffered from business decisions that haven't always been the best.

During Certain years, SEGA was managed by outside investors, namely head of CSK, Isao Okawa. During this time, Okawa made many decisions that lead to SEGA's troubles. Fortunately for SEGA, Okawa wasn't in the position long. However, due to his short sightedness along with former Sony corporate marketer Bernie Stolar. They left SEGA with a $3 billion dollar debt and no longer producing gaming hardware.

Thanks to the amazing work of Vice president Naoya Tsurumi and President of Sega Sammy Haijime Satomi, SEGA has become a $50 Billion dollar plus company. Also, thanks to Dreamcast Designer and VP Tsurumi, the arcade side of SEGA has become a major player again in Japanese,Asian Arcade Markets.Joypolis has become one of the most visited forms of Arcade gaming in Japan and across the world in Australia and Ireland. Once again, SEGA has become a innovative and exciting Brand.

So, what is Operation Razor?

Operation Razor is the vision of a group of hardcore and devoted SEGA advocates and business professionals. Our Ultimate goal is to see a Return to the hardware market for SEGA. Our mission is to gather support from the ground up for this goal.

What does Operation Razor offer?

We offer to the Dedicated and loyal base of SEGA and to SEGA themselves our custom and well thought out designed gaming hardware. We believe that this hardware is within the spirit and design context of Sega's long history of highly stylized and unique forms of gaming hardware. We personally believe that this hardware has a aesthetically pleasing or "sexy" appearance. This we believe, is important in distinguishing our product from the boring and lackluster designs in the current market.

Our hardware design reflects the historic and comfortable designs that made the Sega Saturn's Controller the most comfortable to use and the innovative design of the Dreamcast's VMU. We wanted this design to be the most pleasing and reminiscent of those beautiful and classic designs.

The console itself was designed to the auto industry standards of design. Meaning, the console has a sleek and sexy racing inspired design. Curves and chamfers define the all aluminum design. Areas of matte and glossy black cover the base model. Offering an aire of epicness and with the reminiscent color pallet of red/orange on the power button, makes this one of the most must have designs of the decade.

How will Operation Razor meet it's goals?

This is the most important area of conversation to us at Operation Razor. We completely believe that where our funding and our influence will come from will be from the True Fans and from the grass roots of all former and current SEGA advocates like us.

That without them our Operation can go no where. We are under no Delusion or "Dream" that we will succeed without this support system. We know that however, the base alone isn't going to be enough and to that end we invite Companies such as; Nvidia and Coca Cola and Toshiba Corporation as well as Samsung to be apart of not only revolutionizing console gaming but the entire market as well. We openly invite these companies to contact us either through our patreon campaign or our twitter account @operationrazor or through our email account at operationrazor@outlook.com

Thank you for Reading and Remember,