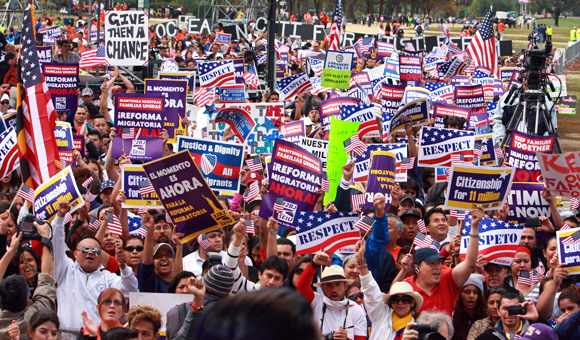 The current immigration system promotes labor exploitation, cruelty on the border, and is just unfair. Certain groups get priority, having their papers processed within days while on the contrary, there are people who have been living and working in the US for most of their lives but don’t even qualify for legal residency. The current process of obtaining legal residency is extremely difficult, lengthy, and costly as there are too many restrictions for becoming “legal”. Furthermore, almost all undocumented immigrants are ineligible to apply for legal residency and those who have the formal requirements to apply still have to wait years to get a visa.The 12 million (rounded upwards) undocumented immigrants living in the United States show just how ineffective our current system is at facilitating immigration. It just isn’t working.

We need to fix the current immigration system to benefit everyone, to put the millions of undocumented immigrants currently living and working in the US on a pathway to legal residency. We must also end the idea of being an “illegal” person. The solution is straightforward. We must reduce the current restrictions on human movement across border, essentially creating an open border. In 1994, NAFTA was signed, effectively allowing for the free movement of capital and goods, but not people. If corporations can move goods freely, why not people?
Sign this petition to show Barack Obama that we need to open the border now!