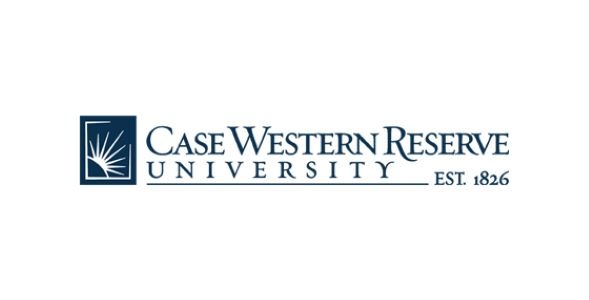 In an email sent on March 3, we were notified that tuition for graduate students at Case Western Reserve University will be increased by 3% for the academic year 2020/21. For the following reasons related to the COVID-19 pandemic, and in line with the values that this university professes to hold, we ask that you and the Case Western administration to reconsider your decision to raise tuition for the next academic year.

According to presentation materials from Case Western’s 2018 Tuition Forum, Case Western evaluates “global economic trends” in considering whether tuition increases are appropriate for its students. Given the increasingly dire forecasts of economics experts since March 3, it is imperative that the Case Western administration reevaluate its decision.

April 23 marked the fifth-straight week that unemployment claims numbered within the multi-millions, bringing the number of total claims to 26.5 million, and a staggering 16.2% unemployment rate. This massive loss effectively wiped out all of the jobs created since the Great Recession, and left early predictions of a quick, “v-shaped” recovery highly unlikely.

Indeed, optimistic claims that the American economy will begin its recovery during 2020 are now premised on Americans returning to work and resuming normal consumption activities as soon as possible. Given that most Americans will continue to practice social distancing and limit their resumption of normal activities, it will take nothing short of a “miracle” for the world to avoid a second Great Depression. As early as March 21, a consensus had developed among the financial industry that the world was entering or had already entered a recession. On April 14, the IMF published a report that predicted worldwide GDP growth would decline by 3% in 2020; and a full 6% in the United States, compared to .1% and 1%, respectively, during the depth of the financial crisis in 2009. Further, if the pandemic were to continue into 2021, the IMF predicted an additional 8% worldwide decline in growth in 2021. On the edge of a severe and what looks like a prolonged economic downturn, it is important to note that Black and Latinx people and households in particular, and lower income households and people in general, will bear the “brunt” of this economic crisis, much as they did the last. The severity of this crisis could not have been understood when tuition increases were formulated and announced. Therefore, the Case administration must revisit its decision.

Case Western’s 2020 operating fiscal budget features significant increases across many projected costs. These projections are now in need of significant modification. COVID-19 has interrupted so many elements of Case Western’s projections and as such their soundness is questionable. These projections were the justification for the planned tuition increases. As such, if the projections are off-base, so too is the conclusion that tuition increases are necessary. In light of the adjustments Case is going to have to make for the COVID epidemic, projections for the costs of library services, classroom maintenance, general staff, and supplemental resources are all likely to go down. For example, students and staff will not be on campus as often and the university will not be using as many large-scale classrooms as we have in previous years. These decreases in costs support the known economics of online classes costing less to produce than in-person experiences. (While some literature suggests that there are instances of universities not saving money with the switch to remote education, this is due to onboarding costs such as purchasing software, providing hardware, teaching instructors, hiring new faculty, and providing instruction to students, none of which Case is purporting to do.)

In a remote format, administrations can cut costs on building maintenance, library services, and basic utilities. Even when administrations have not been given ample time to make the remote adjustment, these costs are still saved. Further, even if some in-class experiences occur next year (as we all hope they will), they will not occur in the same way they did in previous years. This is evident in the University’s already announced commitment for some remote classes in the Fall and in Ohio’s ever evolving response to the COVID pandemic. Further, Case Western’s 2020 fiscal budget features an overall 6.5% increase in revenue during the next year. This means that the University is planning to increase their profit by millions of dollars at a time when the global pandemic is placing growing economic strain on all of the University’s students.

As students struggle to find part-time work and make ends meet, the University is expecting an increase in revenue of over 23 million dollars in endowments, research, and gifts alone. The School of Medicine shows an increase in projected revenue of 5.5%. The Law School is anticipated to profit the University a million dollars more in 2020 than it did in 2019. Weatherhead School of Business, the Dental School, and the Nursing School all show increases from their 2019 surpluses as well. These increases, culminating with the 6.5% planned increase in total revenue for Case Western, show that the University is poised to make a significant profit throughout 2020. While this normally may be justifiable as an opportunity for reinvestment and for the University to grow, in light of the current economic collapse it is wholly unjustifiable. The University’s main priority right now should be the welfare of their current 12,000 students, not increasing profit margins for future growth.

The 2020 Operating Budget allows for a $9,731,000 (or 4.6%) increase compared to 2019 in indirect expenses which include library costs, student services, plant, information services, and university services. There is also a $3,639,000 (or 5.9%) increase for auxiliares, a category of expenses that includes student housing, parking, and food services. Many of these expenses are not necessary or at the very least do not need increased monetary allocations given the COVID-19 pandemic. Spending more money on housing when it is unclear if students will be able to return to campus is not a good reason to increase tuition costs.

In 2015, 2016, and 2018, the University's actual spending was between two and three times the budgeted amount. In 2019, the University chose to operate at a planned deficit. There is strong precedent for the school’s overall operational budget to end in a deficit. The 2020 operating budget, however, has the highest planned budget since 2015, with the exception of 2017. The University and its students are not in the same position in 2017. In 2017, compared to 2016, enrollment and tuition from summer courses increased revenue by 29.4%, and enrollment and tuition for graduate programs was up 16.8%. This is not going to be the case in 2020. A national pandemic is not the time for the University to attempt to increase its budgeted spending to decrease its deficit, which has not otherwise been the University’s practice.

We request that Case Western Reserve University not raise tuition by 3% for the 2020-2021 school year and, if possible, reduce tuition. Many universities have recognized the dramatic financial challenges that students and their families have been placed in at this time and have chosen to support those students by not increasing tuition. One of the first universities was Ohio Wesleyan University, soon followed by the University of California, who declared that it would be unseemly to raise tuition during a worldwide health emergency. Not all schools, however, have reacted to the COVID-19 crisis with their students in mind.

On April 24th, students at the University of Chicago began protesting requesting fair tuition or no tuition. This sentiment has been echoed by many students who feel that the current education they are getting is not what they paid for. Students all across the country feel that the tuition they have paid does not add up to the education they were promised. With the current economic outlook, students are already being hit hard enough, the universities need to not add to that burden through tuition increases. Case Western Reserve University is a school that cares about its students, but it needs to act now and not raise tuition or else it will harm the students that it cares most about.

Diversity and inclusion have long been core values of Case Western Reserve University. This university has exemplified these values through its community engagement and leadership across the nation. Case Western has provided countless students hailing from historically marginalized groups the tools to shape the world and has committed to doing so in the future through its strategic plan.

This global crisis has financially harmed people across the nation. Many have lost jobs, income, and future economic opportunities. High tuition costs already make many universities inaccessible to those with lower incomes or limited financial resources. This inaccessibility is severely compounded by the COVID-19-caused collapse of the service industry and subsequent economic downturn. At this time, increasing tuition costs will place another barrier in front of students of all backgrounds, but will be particularly felt by those from marginalized groups.

Case Western has made it clear that promoting diversity and inclusion is core to its values. Case Western has also made clear that it takes a number of factors into consideration when deciding whether to increase tuition. The world faces a pandemic of incomparable severity and indeterminate length. It is imperative that the Case Western administration freeze the planned tuition increases for graduate students for the academic year 20/21 for the above reasons.