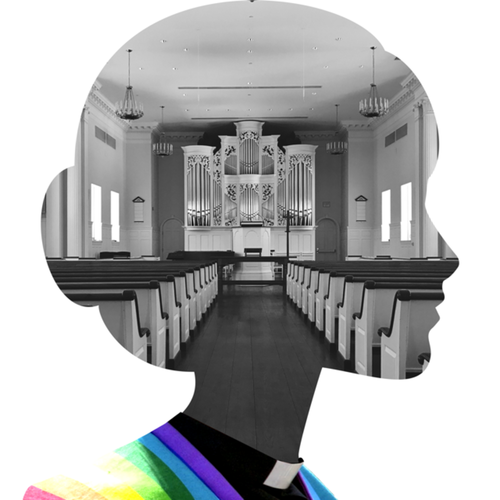 We the undersigned are writing to you today as a concerned group of students, faculty, and alumni upon hearing the news that Rev. Tim Keller is receiving the Abraham Kuyper Award and has been invited to speak on April 6th. Rev. Keller’s exclusionary and prohibitive stances on the ordination of women and LGBTQ persons is diametrically opposed to the mission and values of Princeton Theological Seminary. Below are some statements made by Rev. Keller that underscore our concerns.

On ordaining female elders and pastors:

“I affirm and support the PCA’s belief in male headship in the home and church. I would never want to see our denomination compromise its support of this biblical complementarianism. Along with Ligon Duncan, I have never seen a credible biblical case made for the ordination of women to be elders or pastors. And when I see some of my friends try to make such a biblical case, I find their use of Scripture alarming and disturbing.” http://byfaithonline.com/the-case-for-commissioning-not-ordaining-deaconesses/

On gender complementarianism and homosexuality:

“ . . . male and female have unique, non-interchangeable glories — they each see and do things that the other cannot. Sex was created by God to be a way to mingle these strengths and glories within a life-long covenant of marriage. Marriage is the most intense (though not the only) place where this reunion of male and female takes place in human life. Male and female reshape, learn from, and work together . . . Without understanding this vision, the sexual prohibitions in the Bible make no sense. Homosexuality does not honor the need for this rich diversity of perspective and gendered humanity in sexual relationships. Same-sex relationships not only cannot provide this for each spouse, they can’t provide children with a deep connection to each half of humanity through a parent of each gender.” https://www.redeemer.com/redeemer-report/article/the_bible_and_same_sex_relationships_a_review_article

We respectfully ask: if this seminary is committed to training up the whole body of Christ for ordained ministry and service to the church, how can it honor its commitments to these ideals while also honoring a pastor whose own ministry and practice stands in direct opposition to them? If the student body is nearly forty percent women, and also includes LGBTQ students, how can Princeton Theological Seminary bestow such a significant honor upon someone who denies their call to ministry? What might Princeton Theological Seminary communicate about its values by honoring Rev. Keller with upwards of a $10,000 prize?

While we wholeheartedly believe in academic freedom and the importance of hearing a diversity of perspectives, we believe this award constitutes an endorsement that jeopardizes Princeton Theological Seminary’s ability to be a place that affirms everyone equally in ministry. It is one thing to uphold academic freedom by allowing campus groups to invite certain speakers whose views may not reflect all the values of the institution. It is wholly another to honor Rev. Keller by awarding him a prize as significant as this one when he has actively and personally championed the exclusion of women and LGBTQ persons from sharing in the full ministry of the Church. Rev. Keller is not participating in a panel discussion where a plurality of voices will be heard, nor was he invited by a campus group; yet he is receiving an award via a representative of our institution. We understand per Dr. Barnes’ communication to the student body that Princeton Theological Seminary’s posture of inclusion toward women and LGBTQ persons is unchanging. However, we remain distressed and disappointed at what the receipt of this award communicates about Princeton Theological Seminary’s values and theological commitments regardless of the topic of Rev. Keller’s speaking invitation.

It is our hope that you will hear in our concerns that Rev. Keller’s exclusionary stances be taken seriously, and that in the future any award recipients be more carefully considered to avoid situations such as this.

Dr. Jacqueline Lapsley, Associate Professor of Old Testament and Director of the Center for