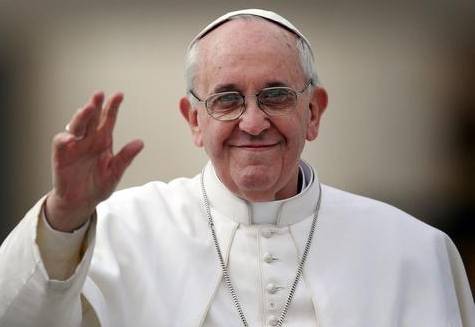 An Open Letter to Pope Francis: Condemn the United States for Genocidal Warmaking

With great admiration for your courageous words and actions on behalf of humanity, we pray that as you condemned the 1915 genocide committed by the Turks, you will condemn the United States for the genocide it has committed in its history and which it continues even today in Iraq. According to a U.N. report, the US is responsible for the deaths of 1.5 million Iraqis by the mid-1990s—500,000 of whom were children under the age of 5. US Secretary of State Madeline Albright, when questioned by a 60 Minutes reporter, replied that the children’s deaths were “worth it.” In the ongoing slaughter including the use of hundreds of tons of radioactive depleted uranium weapons, millions more have died, and generations are doomed to horrific birth defects and cancers.

Pope Francis, you have condemned ISIS for genocide against Christians, but given the fact that the US military is for the most part Christian with one-third of the force Catholic, it is Christians who have participated in the genocidal killing in predominantly Muslim countries during the last 24 years. Rather than appealing to the world not to stand by as Christians are killed, demand that Christians, especially US Christians, stop killing in Iraq and elsewhere. If you are successful, the retaliatory attacks on Christians may stop.

This petition will be delivered to Archbishop Carlo Maria Viganò (nuntiususa@nuntiususa.org), Apostolic Nuncio of the Holy See to the United States, that he may carry our message directly to Pope Francis.

Written by Kathy Boylan of the Dorothy Day Catholic Worker in Washington, DC