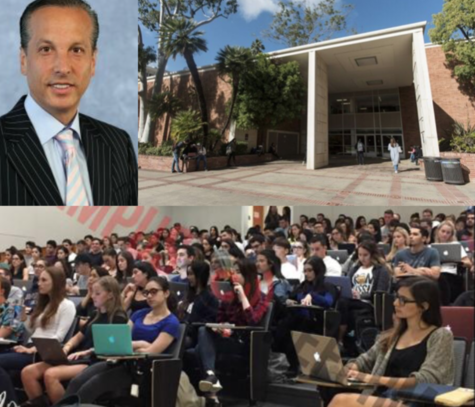 We, the undersigned, are deeply repulsed by UCLA’s treatment (or rather, mistreatment) of Keith Fink — one of the most popular and influential professors on campus. In concert and with the backing of other campus administrators, the Department of Communication Studies’ leaders (Chair Kerri Johnson and Vice Chair Greg Bryant) have repeatedly taken actions against Professor Fink that thwart his academic freedom and threaten his continued impact on thousands of UCLA students for years to come.

At the beginning of this academic year, Kerri Johnson and Greg Bryant took the helm of the Communication Studies Department. Before even meeting Professor Fink (let alone seeing him teach), Johnson decided to implement an unprecedentedly-rigid cap on his Winter quarter course. Reversing years’ of past precedent, and against the College’s policy pertaining to the issuance of PTEs, she ensured that all PTEs issued by Professor Fink were dishonored. Johnson cites “numerous issues” with Professor Fink’s courses, but has never once articulated them to him. Johnson then reduced the size of Spring quarter course, trimming the enrollment cap at one point by approximately one hundred students. Read more here: https://www.campusreform.org/?ID=9022

The school’s most recent actions are perhaps the most repulsive. Professor Fink is up for “Excellence Review,” and Johnson and her department have repeatedly attempted to deprive Fink of the opportunity to have positive information included in his file. Such positive information would flatly contradict their mission to have Professor Fink deemed “not excellent” and thus terminated from UCLA.

Professor Fink identified three ladder faculty (including Johnson and Bryant) in the Department as “biased,” meaning their preexisting animosity towards Fink would prevent them from being able to objectively evaluate him. Despite their obligation to go to great lengths to avoid having a “biased” professor evaluate his course, the Department nevertheless chose Bryant to evaluate Fink’s teaching. Unsurprisingly, Bryant’s review was negative. On a more sinister level, Bryant’s evaluation was riddled with deception. It is inaccurate, mischaracterizes the course, cherrypicks quotes out of context, and casts Fink as a radical loose cannon who uses “his role as a lecturer to espouse his own personal legal views.” Nothing could be further from the truth – evidenced in part by the glowing evaluations of almost all of the thousands of students who have taken his courses.

Johnson also forcefully and incorrectly misstated the University policy governing the inclusion of positive student evaluation letters in his review file, and to this day never acknowledged her mistake. Later, in dereliction of University policy, the Department failed to solicited student letters from a list of names provided by Professor Fink -- until it was too late. When pressed on the issue and given a new list of names of students from whom letters could be solicited, the department “accidentally” omitted the single best letter from his review file.

We believe these actions are no mistake and certainly not a coincidence. They constitute a series of calculated lies and vindictive decisions to dispose of someone they dislike. The conspicuousamount of dishonesty and injustice targeted at Professor Fink is the antithesis of “Bruin Values” – the same virtues that the administration repeatedly flaunts and exhorts its students to adhere to.

UCLA has taught us to fight injustice whenever it rears its ugly head. We will not idly sit by and watch a beloved professor have his teaching career discarded in a politically-motivated and morally-bankrupt fashion backed by Chair Johnson, Dean Gomez, and other administrator-bureaucrats within the school’s ivory towers. We demand that the school treat Professor Fink fairly, which includes restoring his academic freedom, increasing his class size, and, most importantly, handling his Excellence Review in a truthful and just manner.

Professor Fink is by all outward measures one of UCLA’s greatest, most popular, and influential professors. If the school ignores our plea and continues to endorse the corrupt dealings in the Department of Communication Studies, they will not only lose one of their most valuable and influential professors but also repel thousands of donors (current and future alike) from supporting this institution.