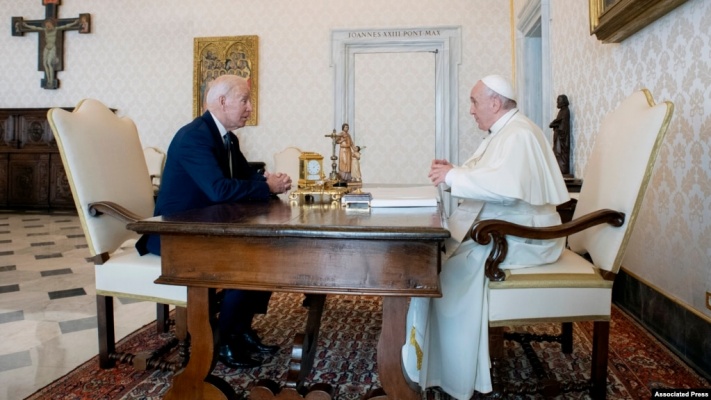 Open Letter to Biden on War

We have to end this war!

We are: Sally McMillan of Iowa City, IA a nonagenarian, and Buzz Davis of Tucson, AZ, who will be an octogenarian this year.

We are senior activists and we know we can’t end this war alone.

But we can help President Biden do it by sending him a way to see more clearly (perhaps call it the former -comedian- Zelensky way).

That’s what this petition is about.

We hope you will join us as people of peace by signing your name on this open letter and statement as our 20/20 gift to our president, our country, and to the world.

Would you believe that you can make a difference? We will send to the President after we collect a good number of signatures. Let’s have hundreds, thousands of signatures!

It’s time, Joe, to get those cataracts removed.

Believe us, with new lens you’d see much clearer. Don’t worry, it’s not a difficult procedure. It can be done outpatient. You’ll be right back in the White House in short order with a much better view of your foreign policy.

With your newfound vision the darkness of wars, Ukraine/Russia, Israel/Palestine, Saudi Arabia/Yemen, and other dark spots in the world would be replaced with a bright light of world peace.

You’d see the steps to be taken are right there in front of you.

Just imagine what a relief it would be – how good you’d feel knowing that age brings not just disability, but also wisdom. Plus think of all the congratulatory messages you’d receive about your place in history among the great peacemakers.

Go for it, Joe, the world is behind you. Here’s a hug, and we'd like to send you blessings from Pope Francis, too.

Dear Mr. President- Please give this statement your prayerful reflection and immediate attention. With clearer vision you will see how this conflict could have been and still can be handled peacefully.

With 20/20 vision you will see that a coup against a democratically elected leader is itself an undemocratic act of aggression.

With 20/20 vision you will realize that Russian accession of Crimea was a choice made by the Crimean people through a referendum following the illegal coup.

With 20/20 vision you will see that it was eight years of conflict between Ukranian government forces and eastern rebels of Russian background, in contradiction to the Minsk ceasefire agreement, that led to the Donbass’ region’s Declaration of Independence and the inevitable Russian support for closely-related people.

With 20/20 vision you will see that the breakdown of negotiations over Russia’s unwillingness to accept NATO and U.S. weapons along its borders is a replay of the U.S. position at the time of the Cuban Missile Crisis, which was settled peacefully through negotiated compromises on both sides.

With your new found vision, we urge and trust that you will see the need to de-escalate the extremely tragic and dangerous situation in Ukraine, and give Russia the security guarantees it has legitimately requested;

o That you will halt U.S. arms shipments to Ukraine and urge our

NATO allies to do the same;

o You will guarantee no NATO membership for Ukraine or other former Soviet republics as promised in 1989;

o You will dial back the punitive sanctions on Russia; and

With a deep concern for the suffering of all victims of war and with the conviction that war is a failure of leadership and that a peaceful path to conflict resolution is in the interest of the world, we send you this signed statement.

Thank you and please consider forwarding this message to your friends.

SALLY McMILLAN is a graduate of Chestnut Hill College, Philadelphia, PA, with B.S. in chemistry, and has a Master of Social Ecology from Goddard College, Plainfield VT. Worked in R & D before becoming stay-at-home mom to 4 kids.

Now grandmother to 12, and great grandmother to 3. Traveler to 27 countries. Lifelong volunteer in peace and justice organizations. Author of two books, The Crossroad at Bethany and Fondly Yours…an Ordinary Life.