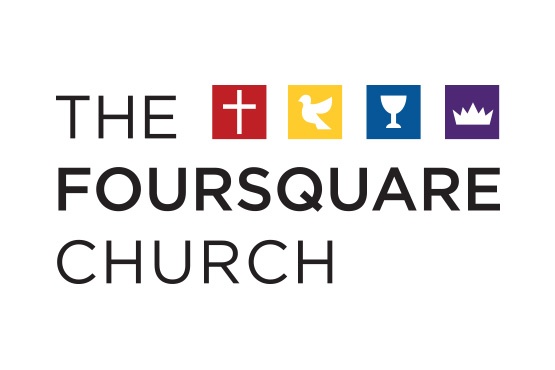 Open Letter on Abuse in Foursquare

*** We ask that all petition signers keep their comments related to the subject matter at hand and refrain from naming specific abuse allegations on this site. Please report specific allegations to the proper authorities or email mystory@foursquare.org. ***

We thank you for supporting this petition to the Foursquare Executive Council. By signing your name, you have lifted the voices of the abused, calling for justice and mercy for the oppressed. You also join in re-imagining a renewed and transformed Foursquare Church that honors abuse victims, creates safety for the suffering, and provides healing for the wounded. As we continue to call on our leadership to address the specific abuses by Mike Larkin and the systemic issues that perpetuate such abuse in our movement, we issue the following statement and ask for your continued support and sharing of this petition to promote greater awareness.

We commend our Foursquare leadership for providing significant space to engage in this conversation at the recent Foursquare Connection in Orlando, FL. President Randy Remington, the executive team, and the board publicly acknowledged the breadth of the issue of abuse of power in our movement and repented of various ways our culture has created an environment for abusers to gain and maintain power without adequate accountability.

As the board of directors convenes in the coming days, we call on our executive leadership to continue in the spirit of repentance by taking the following action steps that have yet to be done:

We are grateful for the removal of the article published on December 6, 2019, titled "President Mike Larkin transitions out of LPU-Virginia," which praised Mike Larkin for his years of service and accomplishment without mentioning his misconduct. However, the continued public silence by our executive leadership before, during, and after Connection regarding the specific details of Mike Larkin’s misconduct dishonors the numerous abuse victims, causing the wounded to carry the burden of disclosure. This is not Heidi Cooper’s or the Ignite community’s story to tell. It is Foursquare’s story to tell in repentance for shielding Mike Larkin from the ramifications of his actions and failing to provide an opportunity for other victims to be identified, protected, or supported.

To our knowledge, there has been no communication of repentance, public or private, from Foursquare executive leadership to the victims of abuse by Mike Larkin since Heidi’s public disclosure and the release of our petition. We continue to call on Foursquare to take full ownership of its failure to protect and care for the people entrusted to its care by specifically addressing its failures directly to those impacted.

We continue to believe in a Foursquare church where leader health, ministry effectiveness, and Kingdom multiplication exist in concert. These cannot co-exist without honoring the whole truth through disclosure, humbly acknowledging and repenting of our failures, and providing adequate trauma-informed care for those who have been harmed.

May we together see Foursquare grow into maturity, becoming an even greater light of hope in this dark world.

To the Foursquare Executive Council:

Because of our love for the Foursquare Church, commitment to Jesus Christ, passion for seeing His Kingdom come, and a deep concern for victims of abuse of power, we address this petition to our Foursquare Executive Council, including the Executive Lead Team, Board of Directors, Cabinet, and District Supervisors.

We desire to address the profoundly disheartening failure of Foursquare leadership to adequately respond to the testimonies of abuse committed by Mike Larkin in a manner that honors the victims' trauma, brings healing rather than re-traumatization, safeguards other victims from additional sexual and emotional trauma, and enforces appropriate consequences for the perpetrators of abuse. These were issues raised by Heidi Cooper, who dared to come forward with her own experience of abuse at the hands of Mike Larkin. While Foursquare leadership gradually took action in several ways, the response fell horrendously short of what such misconduct demands. Heidi was strung along by Foursquare leadership for three grueling years, with unnecessary delays, broken promises, and even bullying remarks from executive council members. The magnitude of the trauma and loss that Heidi has suffered is too extensive to enumerate. We raise our voice collectively on Heidi's behalf and for the multitude of additional victims of the abuse of power within our movement who have gone unheard and dismissed for decades.

While we commend Foursquare leadership for engaging Godly Response to Abuse in the Christian Environment ("GRACE") to investigate the allegations Heidi Cooper raised against Mike Larkin, we are appalled by the negligence of Foursquare leadership in response to the GRACE report and to the violent passivity and dismissal with which prior knowledge of such stories were treated. We are grieved by the failure of Foursquare to adequately report Mike Larkin's abuse of power that has been occurring for over a decade. Those in authority in our movement who were aware of such abuse chose not to act, allowing the abuse to continue. When action was taken, it was taken slowly in a manner that continued to cover up the truth and render the victims silent. Without full disclosure and appropriate consequences, Mike Larkin was allowed to resign and receive severance, fully able to continue ministering in other contexts.

By revoking Mike Larkin's Foursquare credential as a minister, Foursquare acknowledged the inappropriate behavior yet failed to provide access to care for others beyond Heidi Cooper, who were spiritually and emotionally damaged by his abuse. By choosing adamantly against making a public statement, or any statement at all, to either the Foursquare Church or the Ignite community (after committing to do so), Foursquare shielded Mike Larkin from the ramifications of his actions and failed to provide an opportunity for other victims to be identified, protected, or supported.

The decision to not act in the face of abuse, remain silent, and coerce others into silence makes us complicit in the abuse. We lament the applicability of God's word through the prophet Jeremiah, "They dress the wound of my people as though it were not serious. 'Peace, peace,' they say, when there is no peace." (Jeremiah 6:14 NIV). Only in the light will the deeds of darkness and those who commit them come to find repentance, grace, and peace.

With the knowledge that these items were requested of the Executive Team before Heidi's public statement by the newly formed (yet unofficial) Safeguarding team and were denied, we again call for:

Additionally, we call for:

We propose the current misconduct reports may be the tip of the iceberg. We must be open to the possibility that portions of our current culture idealize those in leadership, silence and punish those who speak their truth when it threatens those we uphold as icons. We must ask the difficult question: "Do we avoid revealing our cracks for fear it will bring the whole house down?" This reaction is indicative of a trauma response rooted in self-preservation. Failure to address our collective and individual traumas serves to pass unhealed wounds on to the next generation.

We believe in a Foursquare church where leader health, ministry effectiveness, and Kingdom multiplication exist in concert. We must renew our commitment to the Kingdom of God that comes to bind up the brokenhearted, illuminate and disrupt toxic power structures (even if they are pervasive), and establish a new up-side down paradigm based on love and service.

We believe in a Foursquare church committed to becoming a safe place for the wounded to find healing.

May His Kingdom Come,

Foursquare Leaders Against Abuse of Power