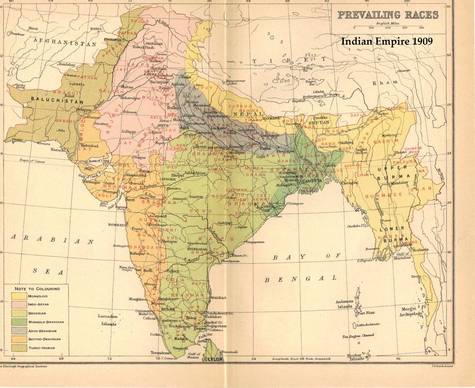 Open Letter to the University of California, Irvine

Open Letter to the University of California, Irvine

While such endowments have the potential to greatly enhance the study of South Asia, we are troubled by news reports that the Dharma Civilization Foundation (hereafter DCF) has put forward its own list of acceptable candidates based on race and religion. Further, we are concerned about reports that the DCF has already brought their favoured candidates to the UC Irvine campus, in the absence of any advertised search for these positions. According to Inside Higher Ed’s report on December 21, 2015, the DCF has proposed a list of possible candidates to fill the chairs, as well as a list of proscribed candidates, describing these lists as a “suggestion” to the University. Prevailing normative codes at public Universities and standard academic procedures require an advertised search where qualified candidates are vetted by established scholars selected from a wide pool of academic expertise. Reshaping academic selection via criteria based on ethnic origin or religious belief opens the door to discriminatory practices that are consequential for educators and students everywhere, not just at UCI.

Donors’ intentions to fund only certain kinds of religious practitioners, or only supporters of certain religiously-defined communities, contravenes not only anti-discrimination law but also standards of academic excellence. While it is possible that scholar-practitioners of a religion can enrich its study, it is widely accepted that being a practicing member of a religious group should not be a requirement for studying and teaching that religion. We fear the DCF’s efforts will lead to the appointment of scholars who do not represent the intellectual richness and rigour in religious studies and South Asian history. South Asia is a deeply heterogeneous multi-religious sub-continent, and its religious practices are highly decentralised, varying across region, class and caste. Academic study requires empathy, curiosity, and rigour, not a certificate of belonging or a methodology that is monitored by donors. We are particularly concerned about the specific ideological sympathies of DCF associates, and the commitment to compliance with donors’ intent currently embedded in the gift agreement (as published in the Orange County Register on December 16, 2015).

The DCF is part of a right-wing Hindu group of organisations that has been known to undermine Indian pluralism through an agenda that seeks to redefine true “Indianness” in terms of a historically-fabricated continuity in “Indic” religions (a list of religions that excludes the sub-continent’s traditions of Islam, Christianity and Zoroastrianism), and a privileging of upper-caste, “Vedic” Hindu identity. The DCF, although registered as a US non-profit organisation, is directly tied, through its office holders and its ideological roots, to the Rashtriya Swayamsevak Sangh (hereafter RSS), an organization that is the main proponent of the political ideology of Hindu nationalism, or "Hindutva." DCF office holders have held, or continue to hold, positions within the Hindu Swayamsevak Sangh (hereafter HSS), which is a global partner organisation of the RSS (with an international program to extend RSS ideology, including raising money in the UK and US to be used for RSS schools).

The RSS and HSS misrepresent not only Hinduism’s relationship to other religions but also the historical fluidity and philosophical complexity within Hinduism itself. The RSS defines ‘Hindu-ness’ using an especially narrow interpretation of Sanatana Dharma and Vedic thought. The RSS is a militarist organization that has upheld violence as a means to reach political goals; it has used fatal force against religious minorities and political adversaries in the past. The RSS has been banned three times in India for its active participation in mass violence against Christian and Muslim minorities and its role in the 1948 assassination of Mahatma Gandhi. The HSS promotes a similar sectarian, exclusive, and xenophobic idea of Hinduism. Organisations linked to the DCF have been actively involved in hate campaigns and public smearing of diverse scholars of Hinduism who disagree with their interpretations of Indian history. Many members of the DCF board are office-holders and members of the HSS, and have tried to advance their ideological agenda in other educational settings. DCF affiliates have attempted to introduce factually inaccurate changes to California sixth-grade textbooks about Hinduism. The right-wing Hindu campaign to change California textbooks promoted a reductive idea of the religion, seeking to introduce elements that had been widely discredited by scholars of Hinduism. The Endowed Chair agreement between the DCF and UC Irvine, to our surprise, specifies that adherence to this intellectually discredited interpretation of Hinduism will serve as a litmus test for future faculty in the UC system. The candidates hired will be required to forge “partnerships with the Vedic and Indic heritage community in the Western diaspora,” and to fulfill the “Donors’ primary foundational intention” to uphold their vision of “Applied Dharma.” It is a matter of scholarly and financial concern that a gift agreement would specify that candidates prove alignment with Donor intent in order to be hired, and that certain faculty members of the UC system will be required to meet annually with private donors “to preserve a constructive collaboration with the Donors’ intent” in perpetuity.

We value the mission of the University of California and its commitment to robust faculty governance, public education and academic freedom. We support the diversification of research and pedagogy, but urge you to recognise the danger of privileging forms of expression which present themselves within the spectrum of “diversity,” while promoting or justifying religious or ethnic hatred, discrimination, or intolerance. Based on recent statements by the DCF and our understanding of the agreements that the School of Humanities signed, we are extremely concerned that it will be difficult to maintain a clear separation between “donor intent” and university processes. If UCI is unable to establish clear academic criteria for the vetting and hiring of candidates based on wide consultations with present faculty who teach South Asia-related courses, and if UCI is unable to ensure that there is no involvement of donors in academic decisions, we urge UCI to return the gifts and to end this relationship with the DCF and its associates.

Academic research and decision-making processes ought to evolve in the best traditions of independent thought and inquiry. At a time of State disinvestment from public education and the rising importance of private money in the growth of education, we understand the pressures on administrators to promote fundraising initiatives. However, the University of California has the responsibility to conduct due diligence, to protect its faculty, staff and students, and to follow ethical guidelines for broad democratic participation in our joint educational futures. We urge the University of California system to uphold the best ideals of academic freedom, and to reject partnerships with donor organisations or individuals who propagate narrow sectarian agendas that violate the very spirit and mission of a public university.

Department of Art History,University of Minnesota

Professor, U of Minnesota

Center for Race and Gender, University of California, Berkeley

Professor of History, University of Arizona

Professor of English, University of Wisconsin-Milwaukee

Professor of Anthropology and History, University of California, Santa Barbara

A. M. Rosenthal Professor, Department of English, University of Pennsylvania

Assistant Professor of Sanskrit and Bengali, Department of Indo-Pacific Languages and Literatures, University of Hawai'i at Mānoa

Professor of Political Science, University of Hawaii at Manoa

Director of the DST-NRF Flagship on Critical Thought, Centre for Humanities Research, University of the Western Cape.

Professor, Anthropology, U of Minnesota

Professor, Department of Anthropology, University of California at Berkeley

Professor of Anthropology, University of Minnesota

Professor and Director of Creative Writing, Department of English, University of Hawai'i at Mānoa

Professor, Department of History/Institute for Global Studies, University of Minnesota

Professor of Anthropology and of South Asian Studies, Harvard University

Class of 1933 Professor in the Humanities, Columbia University