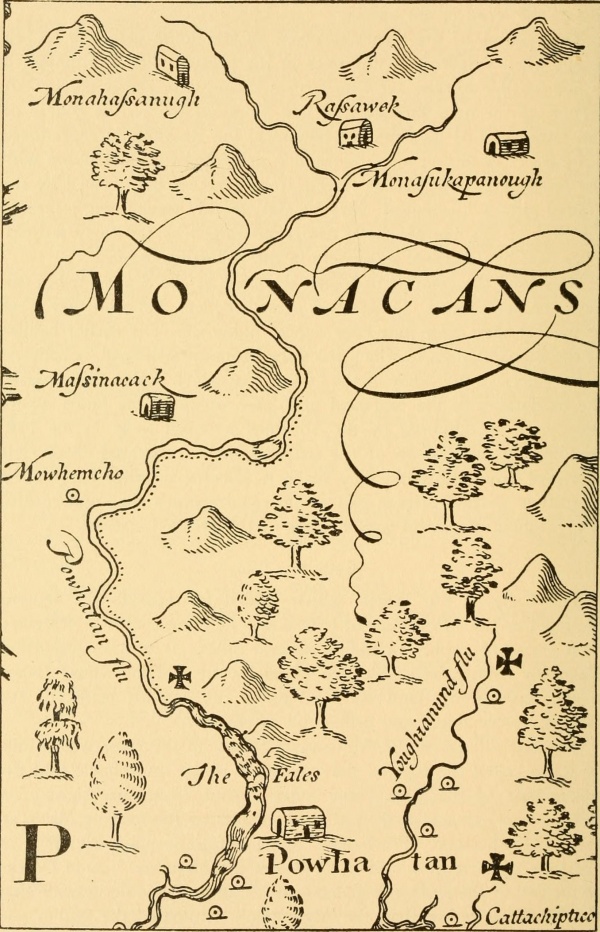 Open Letter to the Army Corps of Engineers

As concerned citizens, researchers, educators, and students, we ask that you reject the application of the James River Water Authority (JRWA) to construct a pump station and pipeline project at Point of Fork, the site of the precolonial capital of the Monacan Indian Nation identified as Rassawek on John Smith’s 1606 map of Virginia, and noted to be politically central as a town to which other towns paid tribute.

As educators, researchers, students, and alumni we value learning about Indigenous peoples’ histories, contemporary lives, and relations with the environment. We value opportunities to build mutually beneficial and respectful relations with Indigenous peoples, and opportunities to acknowledge and begin to redress injustices of the past and present. We oppose the destruction of the educational potential of this ancient capital of the Monacan, other affiliated tribes, and as cultural patrimony important to the history of Virginia and the U.S.A.

We oppose the construction of the project at Point of Fork/Rassawek on the grounds that the project would destroy the heritage of the Monacan people of value to their past, present, and future. As the Monacan capital, Rassawek also has ancestral affiliation with tribes that share the Monacan’s eastern Siouan background: the Sappony Tribe, the Occaneechi band of the Saponi Nation, and the Haliwa-Saponi Indian Tribe. The project would destroy their heritage as well.

We oppose disturbing and destroying human remains at this important cultural center of long-term occupation by the Monacan. The people buried at Rassawek are the relatives of the Monacan people today. We oppose the unnecessary trauma, expense, and labor that would be inflicted upon the Monacan People for reburial.

We oppose the settler-colonial process of Indigenous erasure, where development projects have ubiquitously been built through the destruction of sites of contemporary and historical importance to Indigenous peoples. We oppose environmental injustice and environmental racism perpetuated through bureaucratic decisions that ignore important Indigenous relations with land, water, and all the other beings that live at Rassawek. We oppose the prioritization of short-sighted development projects at Zion Crossroads that claim access to water beyond their local capacity by sustainable environmental measures. Decisions about how water is used concerns all peoples who depend on this watershed and the River, not JRWA and not Councils of Fluvanna and Louisa Counties alone. We oppose decisions that repeatedly make Indigenous peoples and communities of color bear the burden of development.

We urge that the Army Corps of Engineers prepare an environmental impact statement because of the intensity of the proposed impacts to Rassawek and the critical habitat it represents. There are multiple reasons a full environmental impact statement is required. (1) There are acknowledged problems with the archaeological study JRWA had conducted by a hired consultant who did not meet the requirements established by the Secretary of the Interior, demonstrated multiple violations of professional ethics, and used flawed methodology. We support the Monacan Indian Nation in their call for a legitimate independent investigation. (2) Alternative sites have been identified but not seriously considered. (3) JRWA’s decision to move forward does not reflect the strong public opposition to the project as evidenced in the March 11, 2020 public hearing. (4) There is an active petition for the designation of the area as critical habitat.

The environmental impact statement should, as federal law requires under the National Environmental Policy Act, engage consistently, transparently, and respectfully with the affected tribes. We ask for more transparent public engagement and open access to information than we have witnessed since the beginning of this project despite all claims made by the JRWA. We ask for a more rigorous attempt at engaging the Monacan Nation at every single step. We advocate for place-based relationship building between the institutions involved in infrastructure development projects and the Indigenous Nations of these lands to work in good faith to build consensus. We advocate for good-faith relationship building between JRWA and the Monacan Indian Nation to select one of the approved alternate sites for the water-intake pumping station and pipeline. The goal should be to reach a consensus with the Monacan Indian Nation and other affected tribes as to the appropriate actions to take.

The destruction of Rassawek for the JRWA water intake project would be a disaster for the Monacan people and affiliated tribal nations. We also recognize that the histories of settler-colonial peoples and Indigenous Nations while incommensurable, are connected and intertwined on the Virginia landscape. Destruction of Monacan history is not only injustice and harm for Native people but harm to all Virginians and Americans.

We ask the Army Corps of Engineers to deny the permit application of the JRWA, and we urge the JRWA to work with the Monacan Indian Nation on an alternative site.

We offer these views as individual citizens and concerned scholars; they do not represent the University of Virginia in part or in whole.