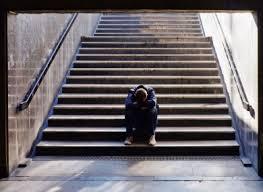 My name is Thomas O Driscoll, I am a 3rd year student in the Institute of Technology Tralee, studying youth and community work practice as part of the course students are required to carry out two student work placements. I did my second placement with Novas Initiatives who operate Kerry's only temporary-supported homeless facility in Tralee, This Experience really opened my eyes to the current homeless situation in Kerry. Currently their is massive gaps in service provision,in many towns and villages in Kerry people are placed in unsupported accommodation largely in B&B's and bag-packer hostels. Killarney with a population of near 14,000 people; Their Local Town Councils response to the issue is to pay a yearly fee for a small number of beds from a local bag packers hostel owner who has no training in dealing with chaotic people in this environment and on occasion people who appear under the influence of any substance are not allowed in and are on the street for the night. This is totally unacceptable these are some of society’s most marginalised and socially excluded individuals many of whom remain there for months with no support and are very much isolated this makes it extremely difficult for any individual to progress particularly because many of these people are engaged in alcohol and drug misuse and are very much trapped in this very damaging cycle without any support.This Petition is very much the First Step, I am very hopeful that I will be able to organise a sleep-out early next year inviting all persons to partake and a special invite will be given to all local politicians, also I have been in contact with Radio Kerry and Kerry's Eye both of whom would like to discuss and investigate this issue, which i hope will prompt both to report, raising much needed awareness and hopefully open the eyes of many of the politicians to the reality of the situation and thus open emergency accommodation where people are treated with dignity, respect and are supported through their issues. Iam a person who is due to graduate in may 2014, it is despairing to see the reality of the situation and how long the correct services have been non-existent, But I willstrongly advocacy on this issue until the correct services are put in place.Anyone can become homeless, this situation is robbing people of there dignity which is inadmissible. Your support is very much appreciated.