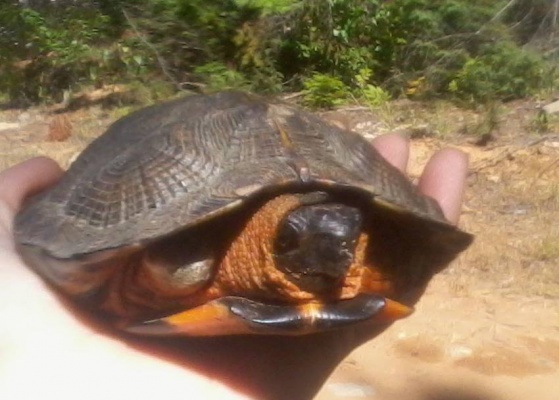 The member (signed below) from the Elmsdale communities of the Beaverbrook Subdivision, Riverdale Estates, plus other concerned residents of Nova Scotia and beyond call for the North West Community Council to reject the proposal for the development of a 525+ unit, high-density, residential, mobile home park on the lands of PID: 00513788 (Case 19117).

When the residents of the Old Truro Rd and Riverdale Estates purchased their homes they also purchased a way of life in a low density, quiet, rural setting. People in the area moved here to start families and put down roots in a community that is away from the busy congestion of city life, that was in an unobtrusive, clean environment where it was thought that responsible, thoughtful development took place.

The proposal for a 525+ unit, high-density, residential development will not make a positive contribution to area, does not fit the character of the community, is against what the current residents want, and on multiple levels goes against the Municipal Planning Strategy - Musquodoboit Valley/Dutch Settlement (MPS).

Once a development like this takes place the damage to the character of the community, groundwater, storm drainage system, waterways, and natural habitat will be irreversible. MPS, page 10, paragraph 2:

“Environmental damage is usually the result of human activity and is often irreversible. In order to protect the environment, steps must be taken both to reduce the damage being done by existing activities and to prohibit and/or control any future activities that might endanger it.”

With the substantial amount of groundwater that a development of this magnitude would require, there is significant concern that the surrounding resident’s wells would be negatively impacted. MPS, page 39:

“Experience has shown that the natural conditions and geography of HRM are not conducive to the long term sustainability of developments which rely on individual groundwater supplies and on-site sewage disposal services.”

Such a large, compact, development would have a significant negative impact on the potable water supply for the area by reducing the surface area of the land by the addition of impervious surfaces such as roads, rooftops and driveways.

Being situated between two brooks, this development would also have a direct, negative impact as a result on the removal and destruction of habitat on threatened species such migratory birds, plant life, wood turtles, and other species that are known to live and reproduce in the area. The wood turtle is of particular concern as it is listed as a threatened species in Nova Scotia and has been seen on the development property. To date no assessment to the risk of these turtles has been done by the province ahead of the development proposal.

Upkeep and maintenance to infrastructure of the proposed high-density residence would also be a significant concern to the community. The proposed development plan calls for a large sewage plant and distribution field to be placed next to a marshland and local brook. If this system is of low quality, or is not maintained properly there is a very real possibility of significant fecal pollution to occur to local groundwater supplies and waterways. Such a system if not maintained could also result in air quality issues. If the developer were to declare bankruptcy, where would the responsibility for maintenance of the sewage plant, roadways and other systems within the development fall?

Traffic on the single access road to and from the development area would increase exponentially causing dangerous conditions for local community members who have no safe sidewalks to utilize to walk on with their families and pets.

As can be seen, there are significant downfalls to allowing the approval of this high-density, residential, mobile home park from proceeding.

Additional concerns of the community include:

A 525+ unit, high density, residential development does not fit or belong within this community.

Names and civic address are required in order for a signature to be accepted by the Community Council.You can hide your name when you sign.