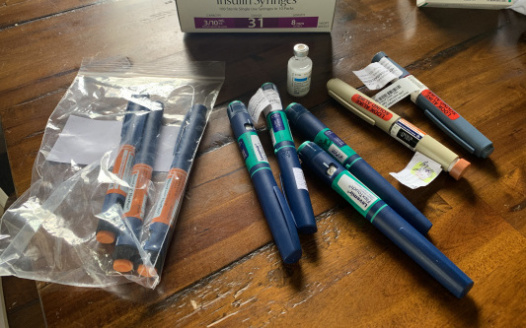 We all know someone who has been diagnosed with some type of Diabetes. And so, we also know the many complications this disease can cause including death. More and more we all know, hear about or experience first hand the increase in complications and even death of diabetics who were rationing insulin as a result of the huge price increases of this life sustaining medicine/s.

We can fix this. Insist that Ohio Senators, Representatives and Governor create, pass and sign into Ohio Law caps for co-payments on insulin medications for diabetics with private insurance at $100 per month. This would be a $100 ceiling per month on total combined insulin medicines not per medication.

The following facts were taken from the American Diabetes Association.

*3,071,000 people in Ohio or 35.3% of adult population have pre-diabetes with blood glucose levels higher than normal but not yet high enough to be diagnosed as diabetes.

*Total direct medical expenses for diagnosed and undiagnosed and gestational diabetes in Ohio was estimated at $9.1 billion in 2012.(that was seven years ago.)

In the last two decades the price of insulin rose more than 700%. Only three companies manufacture insulin. (Taken from DenverCBS4/Denver.cbslocal.com) it’s not hard to see that this rise in insulin costs equals high profits for the companies manufacturing insulin medicines. It’s even more alarming to see the statistics of those 3+ million just in Ohio who have yet to be diagnosed and prescribed insulin. Imagine that increase in profits. It’s time for Ohio residents to step-up, come together and demand that the health care system and drug manufacturer price gouging be fixed. Capping/limiting drug and healthcare service costs is a first big step in addressing universal healthcare.

By signing this petition you are insisting that Ohio legislators adapt into Ohio Law a $100 cap/ceiling on co-pays per month for total combined insulin/insulin related medications for those with private insurance.

This petition and its signatures will be sent to Ohio Legislators.

Thanks for your help in making life sustaining insulin medications affordable for those in Ohio affected by diabetes.