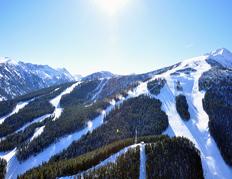 Other resorts in Europe offer season lift passes from around €400 to €800 for considerably larger areas. For Bansko to only offer a limited 40 day pass for over €750 indicates that Ulen is either very poorly managed, is exceptionally greedy or is actively trying to discourage locals, local business proprietors and seasonaires.

The latter could be true as many small business' in Bansko will be affected by this decision. Seasonal businesses that rely on staff that come for the season to work and ski will find it much harder to attract staff - who wants to be a seasonaire in a resort where you can only ski for a third of the season?

Relying on large tour operators for income could be risky - for example, if Balkan Holidays has a bad year Ulen could be relying on locals and seasonaires who encourage their friends and family to come skiing and actions like this are not going to work in Ulens favour.

A final point is having a good relationship with locals and seasonaires can only improve the reputation of a resort - if people are treated well by the resort they will talk about it but the reverse happens if people believe that they are being mistreated. All we look for as a community is to have a working relationship with Ulen that also goes hand in hand with the town residents so that we can all work together to improve the reputation of Bansko.

The people that want to purchase season passes are people that love, live, work and own property in Bansko, love skiing here and who want to see it succeed in the future.