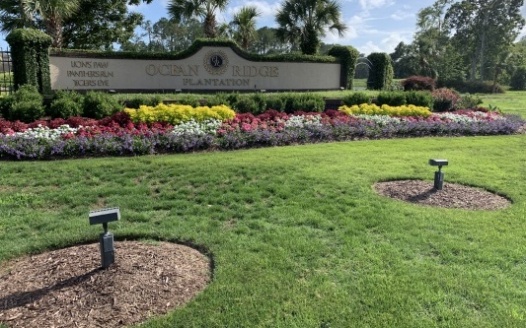 706 people have signed this petition. Add your name now!

Ocean Ridgers Be Heard; a voice, not an echo

We the undersigned are requesting that an advisory vote of all owners be taken by a reputable on-line voting concern asking if the owners approve of any indebtedness for a new amenity center beyond the original 3 million.

In the winter of 2020, Ocean Ridge bought the Reaves Trust property ($209,261 plus additional legal and surveying costs), and the Dunlowe Notch property ($31,268), telling our auditor that Dunlowe was for road access to the Reaves property. Before the closing on Reaves, in September of 2020, ORMA allocated $7,000 for an engineer’s estimate for a Dell Webb style amenity. A down payment ($300,000) for a new $3M amenity center was put in the 2021 budget, at $175 a lot; along with other budget increases, HOA dues were raised by 39%.

The devastating tornado hit in February 2021, costing Ocean Ridge in excess of $350,000 for clean-up. Within a week of the tornado, without knowing what the clean-up would cost, ORMA commissioned a group of consultants to do a survey, and draft conceptual drawings for a new amenity center ($114,000).

In June of 2021, according to the Board, the first engineer’s study came back at a ball park figure of 10.9M. The February consultants estimate came in at 12.4M in September, or $781 a year increase in dues for 15 yrs; a 97% increase over 2 yrs. At the same time, the community learned that ORMA had entered into an access lease with the developer at an initial estimated cost of $500,000 to $600,000.

The Board’s new attorney has said that the Board does not have to allow a vote, and the Board’s appointed President and appointed Vice-President have said they will not allow one.

Therefore, we the undersigned are requesting that an advisory vote of all owners be taken by a reputable on-line voting concern (question could be added to the November ballot) asking if the owners approve of any indebtedness for a new amenity center beyond the original 3 million.