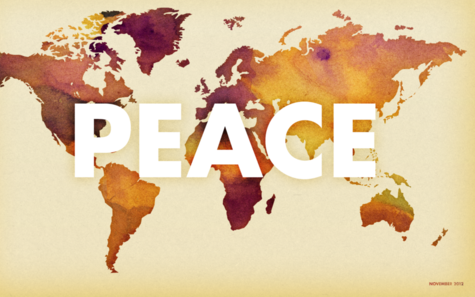 Obligatory Military Taxation is NOT OK!

According to UN's International Covenant on Civil and Political Rights, all human beings are recognized as having an inherent dignity as well as an equal and inalienable right to have freedom of thought, conscience and religion, confer article no 18. Due to this Covenant that is the foundation of freedom, justice and peace in the world, we state that obligatory military taxation is not OK!

1. Everyone shall have the right to freedom of thought, conscience and religion. This right shall include freedom to have or to adopt a religion or belief of his choice, and freedom, either individually or in community with others and in public or private, to manifest his religion or belief in worship, observance, practice and teaching.

3. Freedom to manifest one's religion or beliefs may be subject only to such limitations as are prescribed by law and are necessary to protect public safety, order, health, or morals or the fundamental rights and freedoms of others.

On the basis the human right to have and manifest freedom of thought, conscience and religion, we do not believe that it is OK to violate beliefs of non-violence in the work and daily life with regard to conscience, religion and ultimately the freedom to choose not to partake in killing another human being via obligatory military taxation, even if this is prescribed by law or is deemed necessary in democracy or by political leaders to protect public safety, order, health, or morals or the fundamental rights and freedoms of others. We feel this way, because we do not believe that it is necessary to enforce e.g. pacifists or religious people to work for and pay taxes to military means to peace and security, when these people rather will work for and pay taxes to peaceful, secure and non-violent means of interaction and conflict management.

Signing this petition, we say NO to obligatory military taxation and acknowlegde the practice of non-violence as a human right. On the other hand, we also say YES to an alternative peace tax so that we may contribute to the same end that is public safety, order, health, morals and fundamental rights and freedoms, however, in accordance with our conscience and or religion through peaceful, secure and non-violent ways of interaction and conflict management. In this way, we hope to prevent wars from breaking out in our own countries and internationally, and we intend to rebuild post-violent areas of conflict without violating our own human right to have freedom of thought, conscience and religion.

We believe that every human being is capable of deciding on their own, whether they wish to contribute to public safety, order, health or morals, or the fundamental rights and freedoms of others via military or non-violent means throughout the world.

Thus it should no longer be necessary to violate one human right in order to protect another.