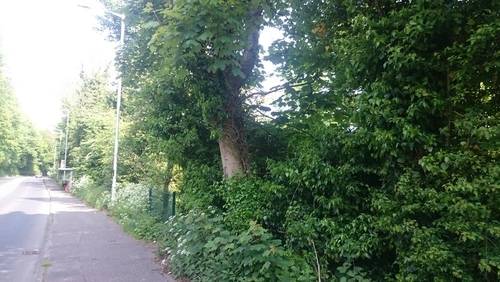 Can I ask for your support in objecting to the proposed housing at Pineview Park/Antrim Road, Newtownabbey. Planning Reference: Z/2014/0286/F. The land in question has been designated as woodland in the last BMAP. There are trees on the site that are protected with TPO's. If this proposal were to go ahead, the site at one of the steepest parts of the Antrim, would be destroyed, habitat included. The proposed scheme is not in keeping with the surrounding area, and a proposed 6-8M retaining wall would need to be constructed, not to mention the houses do not create a good environment. Increased on street parking, all on a site with at least three natural springs. The proposal would mean the removal of a path, that runs through the site. The path is used by many people on a daily basis. Please sign to object!