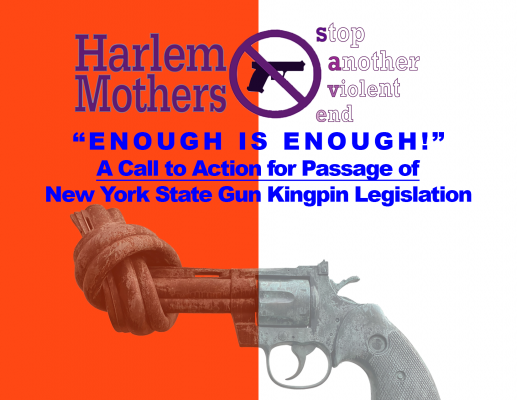 Since 2015, Assembly member Amy Paulin has introduced a bill that would establish the A-I felony of operating as a major firearms trafficker, for which a person is guilty if the person either sells 20+ guns in a year or possesses 20+ guns with the intent to sell. The current bill is A674(Paulin)/S6649(Jackson) of 2019. This bill is needed to deter traffickers from bringing guns into our community, because under the current law, regardless of whether an individual sells 10 guns or 10,000, the highest criminal charge is first-degree sale of a firearm, a class B felony.