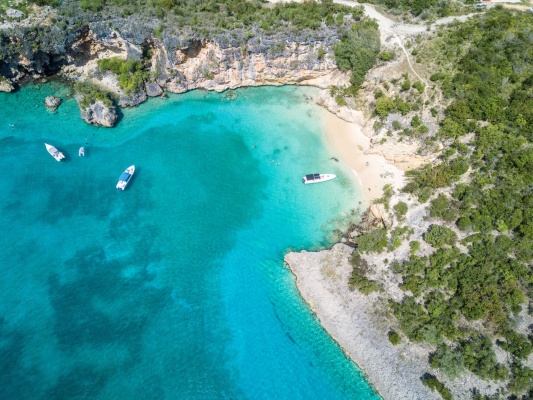 NUMBERS MATTER - YOUR VOICE MATTERS. WE ONLY HAVE ONE SHOT TO TRY TO CHANGE OUR FUTURE!

NUMBERS MATTER - YOUR VOICE MATTERS. WE ONLY HAVE ONE SHOT TO TRY TO CHANGE OUR FUTURE!

POST A MESSAGE ON YOUR REPRESENTATIVE’S PAGE THAT YOU HAVE VOTED!

WE THE PEOPLE are utterly embarrassed and roundly reject the proceedings that occurred at the Anguilla House of Assembly - The People’s House - on 28th July 2021.

Notwithstanding that the House proceedings ignored the voices of the Petitioners, the House of its own motion led by Government members instituted a process of a Select Committee whereby they solicited ‘witnesses’ who constituted ordinary citizens who presented information to the Committee.

The citizens represented the commerce sectors, the general private sector, the local Bar Association as well as civil society. The Report of the Select Committee was published on Friday, 23rd July 2021 and did not receive engagement or discussion by the Public. The Government took no steps to interface with the general public on the results of that report.

One hour before the House of Assembly was due to convene on 29th July 2021, with no notice to the media houses in Anguilla, a presentation of some form was made by government technocrats about the Report. It therefore has left the process instituted by the House of Assembly tainted as a sham, a farce and never a genuine intent to engage the People of Anguilla who will be under the weight of this impending legislation.

Proceedings at the House of Assembly

The circumstances that occurred at the 2nd and 3rd Reading of the House of Assembly however are far more egregious. We note that the Speaker paid scant regard bordering on disrespect to the Hon At Large Member Mr Jose Vanterpool who sought a vote by division. We note further that the Speaker was deciding instead that she was satisfied by the “loudness of the yays” that the vote had carried. This is notwithstanding that she was also aware that 2 two government ministers voted against the passage of the Bill along with the five Opposition members. It therefore meant that there were 6 votes of elected members who were against the Bill and 5 votes of elected members who were in favour of the Bill.

There has never been such an unprecedented move and direct assault on the democracy of the People of Anguilla as what occurred on the evening of 29th July 2021. It is incomprehensible to us the People that two ex-officio members, appointed by the British were used and felt emboldened to cast a vote to frustrate and crush the expressions of our People through the majority of the elected representatives. This full frontal attack against our democratic process means that those 6 elected members representing the votes of over 8000+ Anguillians cast in the last General Elections, were nullified by the actions of two British appointees.

This is untenable. It is outrageous. It is egregious. It is a serious and devastating incursion of the democracy of the People of Anguilla and we vehemently object to it. It must not be validated.

Our Request to Stay your Hand in Assenting to the Legislation

Now that sunshine pervades the process we are asking for you to consider and reflect on the actions of those two ex-officio members. We are hereby seeking that you stay your hand on the Assent of the legislation, as the People of Anguilla feel that your assent to this legislation is to give sanction to the flaws highlighted and leading to the passage of this legislation.

So determined are the People of Anguilla, that we crave seven days from today that is to say until Friday, 6th August 2021 for us to present a significant number of signatures in support of this Petition. While there are three holidays occurring next week which can impact on our obtaining signatures, we believe we can demonstrate the will of the People by their signatures not just in their personal capacity but their businesses that will be affected.

We believe that if full consideration is given to the Report of the Select Committee and other angles are explored that curtail expenditure, we can certainly meet and provide for our debt obligations without the hardship that is currently being experienced and which hardships will increase significantly on the People of Anguilla. We already foresee and have expert advice that indicates that those hardships on our People will deepen to the point of questioning the survival of our People when once there is full implementation of GST.

We seek your commitment to honor this request of the People of Anguilla.