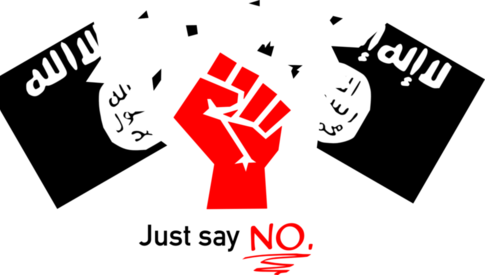 NO To Syrian Refugees In Montana!!!

After the terror attacks in Paris that killed at least 129 people, the placement of refugees fleeing Syria has come under scrutiny as at least two dozen governors — mostly Republicans — have raised concerns about Syrian refugees relocating to their state.

"The first and foremost responsibility of government is to keep its people safe," Texas Governor Greg Abbott said Monday. "We are working on measures to ensure ... that Texans will be kept safe from those refugees."

Nearly 2,000 refugees from Syria have relocated to the United States since 2012, the New York Times reports and President Barack Obama has said that the U.S. will accept 10,000.

In a letter to the president, Abbott wrote, "A Syrian 'refugee' appears to have been part of the Paris terror attack," likely referring to the Syrian passport that was found near the body of one of the suicide bombers near the Stade de France, the national sports stadium.

Abbott is joined by Indiana Gov. Mike Pence and Illinois Gov. Bruce Rauner who also announced their states would "suspend" the resettlement of Syrian refugees.

Join in telling Governor Steve Bullock that MONTANANS DO NOT WANT TO TAKE IN SYRIAN REFUGEES INTO MONTANA!