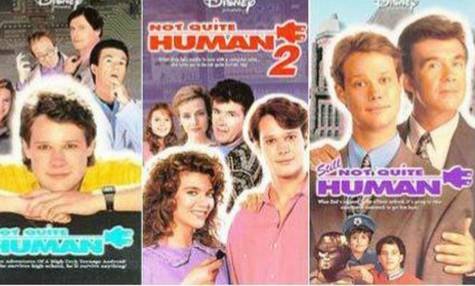 Not Quite Human DVD Release

This is a petition for The Walt Disney Company to release a set of family favorites from the Disney Channel original movie vault - The Not Quite Human Trilogy. It seems reasonable for those responsible to release the entire collection of these family friendly films onto DVD and/or Blu-ray, as has been previously petitioned by others before me. The Walt Disney Company has gotten better about releasing rare titles on specially formatted MOD DVD discs. While this initiative is much appreciated by certain fans of these rare gems, this writer believes the same should be considered about The Not Quite Human trilogy. While previously released on VHS cassette and only made available exclusively for home video rental, this wonderfully quirky and hilarious trilogy deserves the upscaled treatment of DVD and/or Blu-ray disc. While the Walt Disney Company continues to bring joy and happiness to millions, the little kid inside of all of us deserves to feel like it's still alive. The Not Quite Human trilogy is one part science fiction, one part comedy, and every part heart. If most Disney Channel original movies can be released onto DVD, why can't this one? Please help preserve the quality and memory of this gem for our sake and for those we may wish to share it with.